THREE STORIES OF MOTHERLESS CHILDREN IN THE LOG CHURCH ORPHANAGE 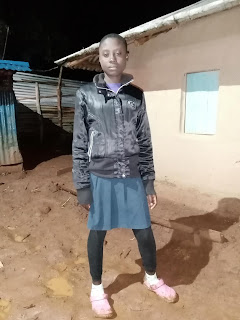 HOW WE GOT HER: FROM STREET AFTER POST ELECTION VIOLANCE

Unfortunately the mother of Elizabeth was slaughtered by violence perpetrators who attacked the flat where they were living inside and by good luck Elizabeth had gone for sugar at the shop!! On her way back to the house she saw these perpetrators cutting her mother’s neck and other neighbors were tightly held also to be killed.

She threw down the sugar and in her hand she was having a change of 150 Shillings from sugar, she picked a motor bike and escaped to  Nyamarambe sub-county. She did not wish to go back to their rental house at Rongo again where her beloved mother was killed before her eyes due to 2012 -2013 post-election violence.

One of the teachers at Nyakeyo primary school adopted Elizabeth to his home and later in November the year 2017 the teacher’s family migrated to the nearby country of Tanzania leaving Elizabeth in the care of their elder brother. This brother chased Elizabeth from his home due to pressure from his wife who did not want Elizabeth to be adopted to their family.

Elizabeth ran to the street and we found her in need of our help we listened to her and came with her to the orphanage. She is now peaceful in the orphanage and she congratulates Pastor Donald  and the friends in the USA for the hand of support. She likes cleaning the church and reciting  memory verses. She has a passion of becoming a teacher of the word of God . 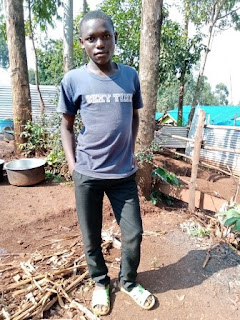 Constantine enjoyed living in harmony with his father and step mother until the year 2017 May when Enock died on the spot after falling down from a two storey building where he was doing Masonry work. After the burial of Constantine ‘s father, 5 months  later, Susan the step mother of Constantine secretly sold the whole plot plus the buildings that Enock had bought and this is the place where they knew as home.

This step mother disappeared with her two children to unknown place. By then Constantine was learning in Nyabioto boarding school. When the term was completed he came home and was terribly surprised that their home and premises was of a different person who bought it from her step mother Susan.

Constantine was denied access to this home and could not locate his step mother up to now!! This boy suffered rejection from his biological mother and his step mother too until two four months  later when we meet him January 2018 in dilemma wandering  in Sengera villages without hope. We brought him under the orphanage care. He is a simple and kind boy. He is a good footballer and he likes teaching other kids the word of God. He has a passion of becoming a preacher. 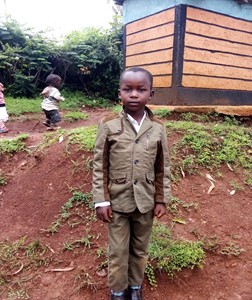 Kevin’s mother was a drunkard and she lived in a place called Ekona near our Sengera  Market. His mother left home one morning and she never returned to the house where they lived.

Three days later she was still missing, so the clan elder called us to the scene and requested us to adopt this young kid Kevin to the orphanage by the mercies of God as  they will be looking for his mother. He persuaded us that if his mother will be found then she will pick her son Kevin from the orphanage.

Since January 2018 we have not managed to find Kevin’s mother. The story is still complicated!!! We don’t know if she is alive or dead!!This young boy is still staying in the orphanage since the year 2018 and we took him to school, he is in STD 1 now.

Kevin is not even thinking about the missing of his mother because he is taken care of in the orphanage and he is joyful always. He likes dancing in the church and wants to be a singer. Keep him in prayer.

*********************
If you would like to help the children of the Log Church Orphanage of Kisii, Kenya, you may make your check out to “The Log Church” and write “Orphans” on the memo line.
Send it to:
The Log Church
PO Box 68
Tripoli Wisconsin 54564
We now need to pay a wire transfer fee with every payment, which amounts to $50 each time, but other than that, your donated money will be used only for purchasing food, clothing, schooling, and other necessities of living. Nothing is held back or diverted for any other purpose. Thanks!
Posted by Donald Rhody at 6:49 PM