Nicodemus was a Pharisee, some of the most “religious” people of the first century. Not only that, but he was also a member of the Sanhedrin—the Jewish ruling council (John 3:1). Highly respected among his peers and the people alike, Nicodemus was nevertheless a troubled man. Some of the teachings of Jesus were in direct conflict to the teachings of the Pharisees, yet Nicodemus could not deny that Jesus taught with authority.

READ MORE >
Posted by Donald Rhody at 9:08 AM No comments:

The goldenrod is in bloom in Northern Wisconsin. When I was growing up, this was always a reminder to me that school was soon to begin. For me as a kid, it was an unhappy reminder, but it is not so for everyone.


School is about to begin also in Kenya. The kids at the Log Church Orphanage are happily looking forward to being able again to go to school—the same as every other child.

READ MORE >
Posted by Donald Rhody at 6:14 PM No comments:

THE WIDOW'S MITE - (It's not about the money) 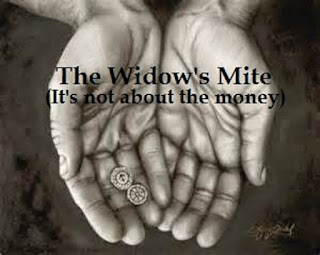 
He (Jesus) sat down opposite the treasury, and began observing how the multitude were putting money into the treasury; and many rich people were putting in large sums.  And a poor widow came and put in two small copper coins, which amount to a cent.

In many parts of the developing world, food is still cooked using﻿ the “Three Rock” system. What is the three rock system? It is just as it sounds—three rocks spaced just right for a kettle to sit on top and a wood fire beneath. It’s the system we sometimes use when we are camping, and it is the system that they were using at the orphanage when I have visited them.


It works fine, except that most of the heat is lost so that it is not used at all for cooking. This way of cooking uses a lot of wood. In an area such as in Kisii, where most of the land is used for crops, firewood is not cheap. Money that instead could be used to buy food literally “goes up in smoke.”

READ MORE >
Posted by Donald Rhody at 6:13 PM No comments:

It is an interesting term – stumbling block. I seriously doubt if anyone ever set out to purposefully make an actual stumbling block. You can't go on YouTube for an instructional video, and I am quite certain that none of us have ever seen an object that we would recognize specifically as a stumbling block. We have never walked through a museum looking at historic artifacts, and seen a display of a block of some sort with a little identifying placard that said “Stumbling Block,” explaining its use and origin.


Nevertheless, despite this lack of experience, none of us have any difficulty knowing what is meant by the term. It is not difficult for us because all of us have stumbled over something or another at some time in our lives. We know what a stumbling block is.

READ MORE >
Posted by Donald Rhody at 7:42 AM No comments:

KISII REPORT - WHY IS FOOD SO EXPENSIVE IN KENYA? 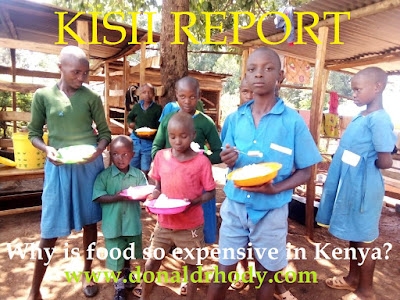 The question I am often asked—“Why is the food so expensive in Kenya?”


How much is it? I used to give the round figure of $1000 per week to feed all the orphans and the workers. That is about 50 people, which works out to about $20 per week per person.


But that figure is no longer valid. Because of poor crop yields, adverse weather conditions and growing demands upon the food supply, prices have recently risen significantly.


Below are the prices that the Log Church Orphanage last paid in comparison with previous prices. I am giving the prices as Pastor Joel gave them to me last week (in Kenya Shillings). One Ksh in dollars equals 0.0097 at today’s exchange. That is close to a penny per shilling.


I usually just do my conversion simply by moving the decimal point to the left two places, and I figure it is close enough. But I know that there are some out there that like things exact, so I have also made the conversions to dollars. I have not however, done the kilogram to pound conversion. Maybe that is your thing that you like to do. If so, let me know how it compares with food here in the US: 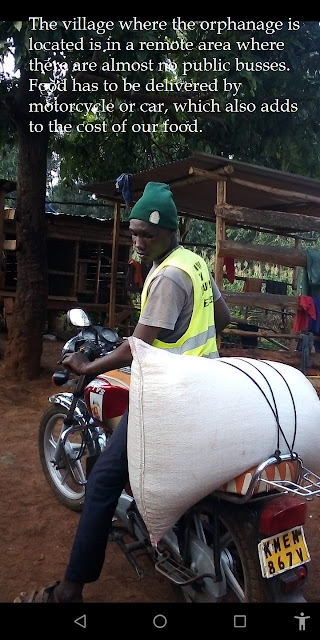 
Of course, this is more than a function of food prices alone. It also depends upon wages. But after all the calculations and comparisons are done, the end result always comes to this: How difficult is it to feed my family?

The people of the church in Kenya bring food items in for the children, but it is an area of quite severe poverty, so there is no abundance of food. But God is feeding His children, despite outward difficulties.

So these are the food needs. But of course there are many other necessities in raising children.


Clothes – one pair full cost Ksh.1000=$9.71. Clothes for 42 children are needed. Certainly they pass on clothing from child to child, but clothes do eventually wear out beyond repair.


20 Mattress are needed. One mattress costs Ksh.4500=$43.71. They are only a thin foam covered by cloth, and they eventually also wear out.


School – the children are now on holiday for the month of August, but when classes again begin in September, the school costs will run about $1200 per month for all the children (about  $28.50 per month per child).


Many people tell me that they are praying for all of these needs of the orphans of the Log Church Kenya. I believe in prayer and I have seen and been the recipient of genuine miracles directly as a result of prayer. So I will say, if that is what God is telling you to do – only bring the needs to him in prayer, thank you so much! I know that God will honor and answer your prayers.


At the same time, if God is telling you that you should also help in a more tangible way, but you only are willing to pray and nothing more, I do not have the same assurance that your prayers have any effect. Would you think that God actually pays much attention to the prayers of those who are not following what he is telling them to do?

“Suppose a brother or sister is without clothes and daily food. If one of you tells him, ‘Go in peace; stay warm and well fed,’ but does not provide for his physical needs, what good is that?  So too, faith by itself, if it is not complemented by action, is dead.” (James 2:15-17)


If God is asking you to give, I encourage you to loosen up those purse strings a little. I will tell you that you will not be sorry. There is nothing that feels quite so good as obeying the Lord.

Posted by Donald Rhody at 5:25 PM No comments: