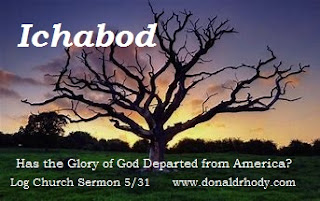 “The glory has departed”[1]


The events in Israel in the times surrounding the life of the prophet Samuel follow those of the book of Judges in the Old Testament. In fact, Samuel himself is usually considered the last of the judges. During his time, Samuel was the one to whom Israel looked for instruction in the ways of God and for guidance in times of oppression from foreign enemies. He was the last to hold this office before Israel and Judah began to be ruled by kings.
But the days were becoming dark. Even though Samuel himself continued in a strong relationship with God, the spiritual lives of most of the people during these times had lost practically all their meaning. The society had not become secular, necessarily, but the religious life of the people was more like that of the nations around Israel. Theirs had actually become a religion without life and one that was merely ceremonial. It had lost the sense of a true relationship with God.

READ MORE >
Posted by Donald Rhody at 3:16 PM No comments: 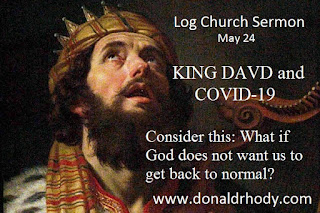 King David was feeling pretty good about his nation at the time.


They had just won a decisive battle against the Ammonites, and after that another one against the Philistines.
The first was important to David because when he had reached out in peace to them, the Ammonites shamed the men whom David had sent as emissaries. As one of the spoils of the victory in battle, David took the crown of the opposing king, a crown heavy with gold and imbedded with precious jewels. King David proudly placed it on his own head.

READ MORE >
Posted by Donald Rhody at 9:09 AM No comments: 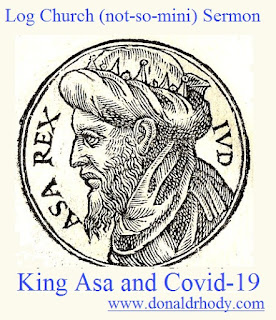 King Asa was the third monarch of Judah after Solomon. His story is found in 2 Chronicles, chapters 14-16. Asa was one of the good kings of Judah. His story in chapter 14 begins with the words, “Asa did what was good and right in the eyes of the Lord his God.”
Then, near the end of chapter 15 the account says of him, “Asa’s heart was fully devoted all his days.”
Despite this final complimentary assessment of his life, I have always thought that Asa lived one chapter too long. It would have been good if his story would have ended with the above quote in chapter 15, because the events of chapter 16 actually belie those words about Asa. I suppose that you could call chapter 16 “The sins of an old man.”

READ MORE >
Posted by Donald Rhody at 7:57 AM No comments: 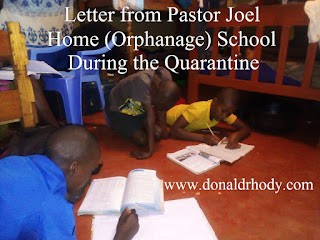 We have actually talked about the possibilities of beginning a school at the orphanage from the very beginning, since sending all the kids to school is pretty expensive. The current cost is about $15,000 per school year total for all the children.

The orphanage school is happening now, although not really a proper school. Just like with everything these days, we are improvising and waiting to see what happens. 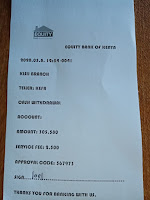 sent through the friends and readers of the blog post of Pastor Don and Vivian, we are humbled once again for the care you have cared for the Log orphanage Kenya. We request your prayers for the children God to keep caring and providing for them.
Received Ksh. 308,000 ($3000) and below is the breakdown of the budget. 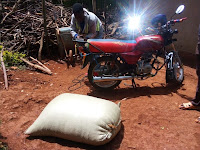 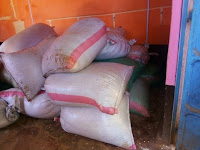 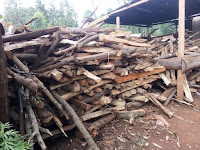 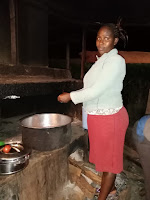 We thank God for the provision, the food budgeted will last as Friday Date 8- Date 20 Wednesday/5/2020.Thanks God bless you we are praying for you, we keep praying for you all. 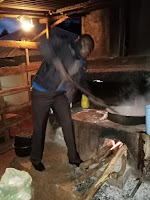 Dad, the school is closed and we have not be told when it will be opened. We were advised that we buy learning material for the children to keep reading at home. We revision textbooks, pens, exam, exercises books for some exercise at home. Some lesson are on the television but we do not have a television. We trust that God will provide. 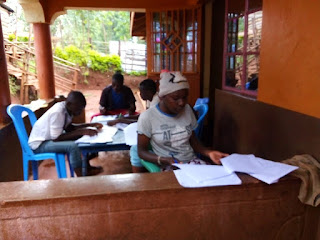 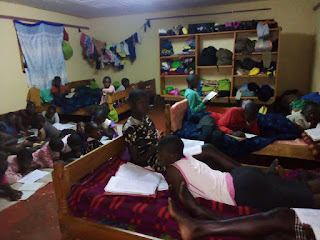 Thanks for your love. Real good we call you blessed.


Yours Son Joel and Church/Orphanage leadership.

If you would like to help the children of the Log Church Orphanage of Kisii, Kenya, you may make your check out to “The Log Church” and write “Orphans” on the memo line.
Send it to:
The Log Church
PO Box 68
Tripoli, Wisconsin 54564
Every nickel given in this way will be used for only aid for the orphans. It will be used for purchasing food, clothing, schooling, and other necessities of living. Nothing is held back or diverted for any other purpose

Posted by Donald Rhody at 8:05 PM No comments: 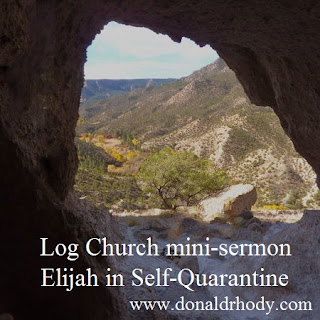 I realize that I have been very liberal with my definition of “self-quarantine” in these covid-19 sermons. I have applied this term to people who have separated themselves from society for reasons other than for protection from disease, as we are doing in these days.
Nevertheless, in each case it was a disruption in their daily manner of living. It was a time when each of these men were in situations abnormal to them and when they were compelled to cope with uncomfortable conditions. This aspect of their self-quarantine has similarities to today’s circumstances.
Each of these men were also in situations of stress when they were obligated to seek the word of God in a new way in their lives. They did not have their normal structure of lifestyle with their “regular” way of hearing the voice of God.
READ MORE >
Posted by Donald Rhody at 6:23 AM No comments: 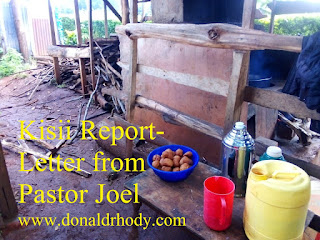 I am still working through the difficulties in getting the money sent to Kenya and I appreciate your continued prayers for this. I have now spoken to my bank about bank-to-bank wire transfers, and it seems like this should work. I have resisted this method before, since the cost for each transfer is $45, but if that is what is needed, that is what I will do.
For your information, none of your gift money will go for these wire charges. As always all of your money is used only for the direct needs of the orphans unless you indicate it for another of the needs of the church.
Below is the response from Pastor Joel concerning what we were able to send this week .
***********************************

READ MORE >
Posted by Donald Rhody at 6:27 AM No comments: 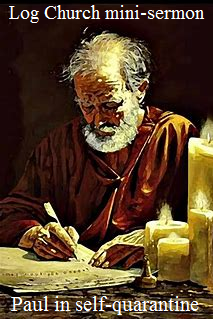