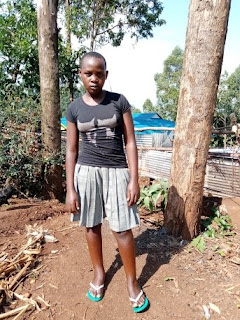 Nancy’s mother was married as a second wife to a man known as Kefa. Nancy already was 6 years old when she was married to this already married man. Nancy’s mother stayed in this polygamous family for only two years and in the year 2015 she left this marriage and went to unknown place, also leaving Nancy behind.

There were rumors that she might have gotten married to someone else but the information could not be substantiated!! Two years later the family left the rental house where they were living in Sotik town and abandoned only Nancy in the compound. They lied to Nancy that her mother was coming back and on her way to pick her up. Then, together with her mother, the two could later join the rest of the family later that day where they had gone.

Nancy was left joyfully waiting for her mother. The other family had gone only as a means of escaping from Nancy. Nancy waited for two days and later realized it was a lie. She remained in the rental house for two weeks but nobody came for her, she started searching for her so called “father” but it was cumbersome to find him and the rest of the family!! She had been already abandoned without her knowledge!!!

Some days later she was found holding a rope with bad intentions of hanging herself in that lonely house! Wanting to die!! She was rescued and when we heard the information we went there for prayers. Upon our arrival we counseled Nancy and decided to bring her in the orphanage.

She is now happy to interact with other kids in the orphanage and she is grateful to receive care and help from Pastor Donald and the church of USA through Pastor Joel and the church of Kenya too. She likes singing and she desire to be one of the best gospel artist in the world. 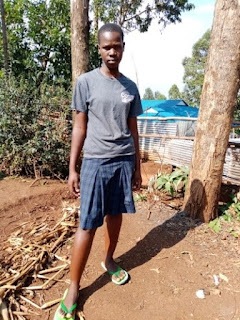 This   clashes  claimed  more  than 477  lives  among  which  the  parents  of  Deborah  were   involved!! Another 118,000 people were misplaced whereby Deborah was among them! Deborah  and  other  21 refugees  were  brought  by  a  lorry  and  they  were dropped  at  Ogembo sub-county.

People  of good will volunteered   to take  these  refugees  to  their  various  homes at leastto  provide  them  shelter  and  food as they regain and adjust themselves to begin a new life .  Everyone who volunteered took one or two refugees according to his or her capability. A  business   woman  known  as  Zenah  Kerubo  took  this  young  girl   Deborah  and   adopted  her.  Deborah received   good care from Zenah   for 5 years   until the time   Zenah   died   in October   2017!!

We  were  touched  by  her  situation  and  gave  her  access  to  the   orphanage. Deborah  is  thankful  to God  for  the  support  and  encouragement  she  receives  from  pastor  Donald  in  connection  with  the  church  of  Kenya. She likes athletics and singing, she is one of the best soloists within the orphanage. She wants to be an evangelist. 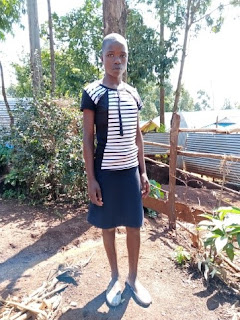 The  parents  and  two  siblings  of  faith  were  brutally  killed  at  Bomet   while  they  were  digging  in  the  garden  of  their  neighbor   as  an  odd  job  to  earn  their  living!! Faith was the only one left back home at their rental house; she remained behind to prepare tea and take it to the garden for her parents and siblings.

This is where she received the shocking sad news about the cruel death of her parents and siblings as a result of post-election violence!!! She felt down on the floor and fainted!! One of her close neighbor and family friend took Faith and hid her to prevent her from being tortured and killed also.

Two days later this good neighbor escorted Faith up to the border of our Kisii and  Kipsigis community- a place called Sotik. The neighbor returned at the border and gave Faith Ksh 400 to use as a bus fare to wherever she would like to go for refugee within her own tribe Kisii. Since she was now on her tribe’s land and would not be killed.

Faith boarded a vehicle and paid a bus fare .She was heading to unknown direction since she did not have any information concerning her father‘s family back ground!! All of a sudden she saw us having a crusade at Omoriungamu junction and she abruptly stopped the bus!!

After coming down the bus, she directly came to the crusade ground. As the crusade continued she was terribly crying!! Pastor Vincent went close to her and inquired from her what  was the problem! She told Pastor Vincent   how her parents and siblings were killed, how she was rescued by her neighbor and she had nowhere to go!!

After the crusade we discussed the issue with other leaders and decided to have Faith in the orphanage. Faith is happy to belong to the orphanage where she receives love and support through Pastor Donald and Joel together with the church of Kisii and friends from the USA. She is a good singer and she wants to use her talents more especially after school to glorify God.