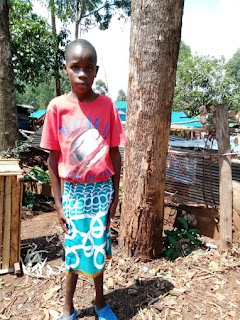 This kid Brenda was wondering in the streets of Sengera and sometimes she could come to our church in some Sunday worship days. She could not tell about her family background but every day she was seen wondering at Sengera streets, most  of the days she starved  without food.

One Sunday she attended our church service and the clan elder who is one of our church believers requested us to adopt this kid Brenda to the orphanage. Brenda became part of the orphanage kids and she is thankful to  God for His Mercy on her and she is equally thankful to  pastor Donald for every support she always receives from him and the prayers . she wants to be a singer after school. 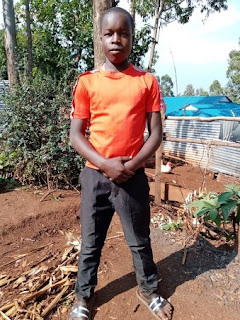 YEAR HE CAME TO THE ORPHANAGE 2017

David ‘s mother was known as  Norah, she  was  a street woman and  She gave birth to David while in the street at Nyabisiongoro. She later died in the year 2015 from tuberculosis and was buried in the cemetery.

When the mother of David died other street kids started mistreating David terribly. He could be beaten and ignored company, this boy became miserable until one morning he decided to kill himself by taking poison  but by good luck one of our ministers known as Pius Orina met him in the terrible  situation and helped him by taking him to Omorembe hospital whereby he recovered.

Pius was moved to share with us about the story of David and how we could safe his life from the hostile street environment and discrimination. We accepted to adopt this boy David and now David is appreciating God for sending us to rescue his life .David always give   thanks to log church U.S.A and pastor Joel  for  support and help. This boy likes playing key board and he has an ambition of becoming a gospel musician.

*********************
If you would like to help the children of the Log Church Orphanage of Kisii, Kenya, you may make your check out to “The Log Church” and write “Orphans” on the memo line.
Send it to:
The Log Church
PO Box 68
Tripoli Wisconsin 54564
We now need to pay a wire transfer fee with every payment, which amounts to $50 each time, but other than that, your donated money will be used only for purchasing food, clothing, schooling, and other necessities of living. Nothing is held back or diverted for any other purpose. Thanks!
Posted by Donald Rhody at 7:24 PM