Over the next few weeks I will be posting the background stories and photos of all the children of the orphanage. I asked Pastor Joel to write to me more about the kids than merely the ages and how they came to the orphanage.
The following biographies are what Joel sent to me 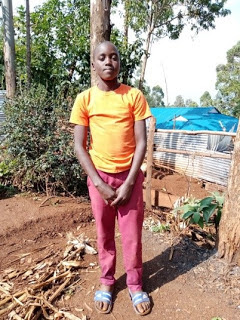 He was raised up by a single mother and they used to live where the mother worked but unfortunately when post election violence took place his mother was killed and a neighbor adopted him and at the end the neighbor abandoned him and when he became desperate he went to the street and became a street boy.

By the fact that his mother was single and did not own any land property this boy was really lacking a place to belong and his family is not known by anyone around. This boy Ibrahim is now thankful that now he belongs to an orphanage family by the mercies of God and he can testify that he can now see a bright future that God has prepared for him through the good care in the orphanage. He is a young evangelist and he wants to reach more souls after school in the near future 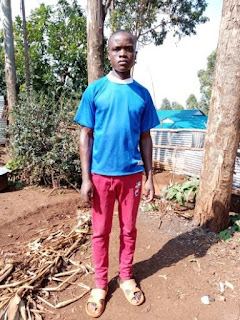 YEAR HE CAME TO THE ORPHANAGE-2018

He was born in the street, his mother was a street woman and his mother died in the year 2017. She was buried in the cemetery. So Kemiso was purely a street boy right from the time of his birth.

This boy says that he can’t forget the goodness of God in the land of the living and he will live to praise God. He has an ambition of becoming a minister of the gospel after school and his ministry will mostly be based on streets to safe the vulnerable kids like him that are facing challenges as he used to, so that he can bring hope to them through the word of God like the way pastor Donald‘s team in conjunction with the leadership of Kenya have embraced his heart by providing support and good care in the orphanag. 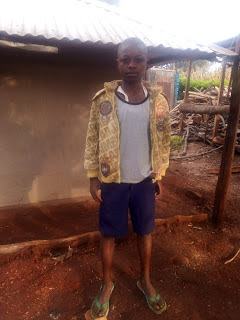 He was born out of wedlock and his parents started wrangles because of his birth outside marriage, his mother was chased by her husband and the child became rejected but because his mother loved him he went to stay with him in Kisii town and by bad lack his mother died of liver cancer and left him.

We found him during our crusade having no where to go and decided to take him under our care to give him hope. Initially before we adopted him, he used to sleep in the nearby Nyabioto primary school where he turned one of the classrooms to be his sleeping place at night and he could leave earlier in the morning before children arrive at school and start roaming in the village day time looking for food to eat from good Samaritans.

Brian likes quoting that “maybe it was not the plan of man for him to be born but he has come to believe that in the mind of God he was to be born and nobody could stop him from being born”.

This boy tell other children in the orphanage that as moses was sent by God to rescue the children of Israel the same way pastor Donald was sent to Kenya to rescue the hopeless kids like him.

He says that he will also ask God to give him an opportunity and heart of helping many in future when he is capable after school. He always says that he must try the best he can to extend hand of support to some kids who will be suffering rejection like he used to.

We now need to pay a wire transfer fee with every payment, which amounts to