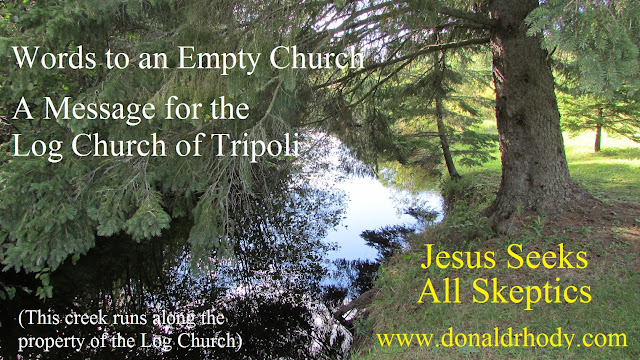 It was such a flurry of events for the women on that Sunday morning of the Resurrection Day that it is difficult to piece together exactly which woman was doing what at every single moment.
However, from the different accounts given to us in the four gospels, we do know that there was more than one trip to the tomb of Jesus, either in small groups, or as we saw with Mary Magdalene, even alone.
At one point after Mary Magdalene had spoken with Jesus near the tomb, Jesus actually met several other women and greeted them on the trail between the tomb and the city. The women bowed down to him and even grasped his feet in worship.[1]
Much of what was happening was taking place at a rapid pace in the dim, pre-dawn light and even while it was still dark.[2] Besides that, it seems that the disciples, although they were all in hiding and behind locked doors, were not all in the same building. They were in a few separate locations and even in their own homes.[3]

We also learned that the women did not immediately follow the instructions of the angels when they were told to give the news to the disciples that Jesus had been resurrected.[4] Nevertheless, sometime in the course of the morning, the news did come to all of the disciples, plus the instructions for the disciples that the angels told the women to relay to them: “Go, tell His disciples and Peter, ‘He is going ahead of you into Galilee. There you will see Him, just as He told you.’”[5]
Jesus had said the same thing to the women who had met him on the trail and were grasping his feet. “Go and tell My brothers to go to Galilee. There they will see Me.”[6]
I always try to be cautious about guessing at the thoughts of the Bible characters at any specific moment, but I cannot help but wonder if the disciples did not at first intend to do this. I say this for a couple of reasons. The first reason I suspect this is because later, when Jesus was eating with the disciples, he scolded them for not believing the women and leaving for Galilee immediately.[7] Then, even when the disciples finally were in Galilee, some continued to doubt he was actually Jesus![8]
The second reason that I suspect that the disciples either did not intend to go to Galilee or that they at least were extremely slow about getting going, is that Jesus had to go look them up!
The first appearance of Jesus to some of the men seems to be on a road that led out of Jerusalem to the town of Emmaus. As far as the accounts tell us, this was the very first actual appearance of Jesus to some of the men, and it was not even with the eleven closest disciples of Jesus. It was with two other men, one named Cleopas, and one other man whose name is not even given.
These two men were walking along the road, on their way not to Galilee, but simply to Emmaus, which was a town about seven miles from Jerusalem.[9] As the two men walked, they were talking about the same thing that everyone else in the region was: They were talking about the events of the weekend in Jerusalem—the mock trial of Jesus, the beatings, the crucifixion, and the placing of the body of Jesus in a tomb at the cemetery, which was secured by Roman guards and by a seal placed on the stone that covered the entrance.
And especially the two men were talking about the latest rumors started by some of the women, the ones that said that Jesus was no longer dead, but that he was alive. It had been said that on that very day, the third day after he was killed, he rose from the dead!
As the two walked along, they were joined by a third man. The man was actually Jesus, but the gospel writer Luke says that “their eyes were kept from recognizing him.”
“What are you two talking about?” Jesus asked them.
The men stopped in their tracks, amazed. “Are You the only visitor to Jerusalem who does not know the things that have happened there in recent days?” Cleopas asked Jesus.
“What things?”
Incredible as it seemed to Cleopas and his traveling companion, this stranger seemed not to know about any of the events of the weekend.
“The events involving Jesus of Nazareth,” they answered him.
They then proceeded to describe to Jesus the entire story, including who Jesus of Nazareth was.

“Can anything good come out of Nazareth?”[16]
And of course we remember “Doubting Thomas,” whose reaction to the news of the resurrected Jesus was, “Unless I see the nail marks in his hands and put my finger where the nails were, and put my hand into his side, I will not believe.”[17]
Peter only decided to become a follower of Jesus after he saw Jesus do something in his life that was unexplainable by logic. He had a taste of the goodness of Jesus, then became a disciple. [18]
And it was Peter who wrote the following words: “Rid yourselves, therefore, of all malice, deceit, hypocrisy, envy, and slander. Like newborn babies, long for the pure spiritual milk, so that by it you may grow up in your salvation, now that you have tasted that the Lord is good.”[19]
Do you see that first comes the taste, and then comes the commitment to follow and to grow in our salvation?

Jesus is alive!
You don’t believe it?
Taste, and see that the Lord is good.