In many parts of the developing world, food is still cooked using﻿ the “Three Rock” system. What is the three rock system? It is just as it sounds—three rocks spaced just right for a kettle to sit on top and a wood fire beneath. It’s the system we sometimes use when we are camping, and it is the system that they were using at the orphanage when I have visited them.


It works fine, except that most of the heat is lost so that it is not used at all for cooking. This way of cooking uses a lot of wood. In an area such as in Kisii, where most of the land is used for crops, firewood is not cheap. Money that instead could be used to buy food literally “goes up in smoke.”


And that is another thing about the Three Rock system. If the ﻿﻿weather is rainy and obligates you to cook indoors, the room fills with smoke, making it nearly impossible to breathe. I was told that many women in Kenya have lung problems from a lifetime of breathing smoke from the fires as they cooked the meals.


So when I went to Kenya the last time, I brought to them plans to make a “Lorena Stove,” as we called them in Latin America. These are simple stoves that are inexpensive to build, mostly out of rammed earth. Our son Matthew helped a number of people build Lorena Stoves when he was in the Peace Corps in Panama.
I call the stoves “simple,” but they are actually quite technologically advanced. Some are built in such a way that most of the combustion heat is directed at the cooking pot and almost none is lost up the stovepipe. (Check it out— https://www.appropedia.org/Rocket_Lorena_Stove )﻿


When I went to visit the orphanage last February, I brought some plans and diagrams for making a Lorena Stove, and explained to them the benefits of it. I do not actually know for sure if it was a new concept to them. They may have known about it before I brought the information, but I may have at least planted a seed of thinking. I remember thinking that I wished it was possible for me to stay there for perhaps at least a couple of months to help them to begin some of these projects and ideas that I brought to them (there were others as well). 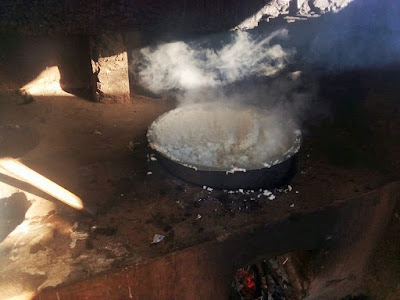 Frankly, I did not expect them to make such a stove before someone went there to help them in the process, so imagine my surprise when Pastor Joel sent me the photo on the right. It is the Lorena Stove that they built! No more Three Rock stove for them. No more breathing smoke, no more cooking heat and money going up the stovepipe! 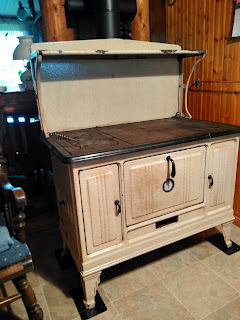 One quite another note, Vivian and I happen to also have a new (100 year-old) cookstove in our house. Living in the Northwoods, winter is not the same without a wood-burning kitchen stove.

This one was given to us by some friends (Thanks!)
What happened to our old kitchen stove? It is now out in our Swedish stuga. I call that our old stove, but it is actually newer than our new stove! (If that makes sense to you)

Every nickel given in this way will be used for only aid for the orphans. It will be used for purchasing food, clothing, schooling, and other necessities of living. Nothing is held back or diverted for any other purpose
Posted by Donald Rhody at 6:13 PM