It costs the orphanage about $1000 per month to send all the children to school. That is a lot of money, especially to those of us who were brought up going to school where primary and high school is free of cost. 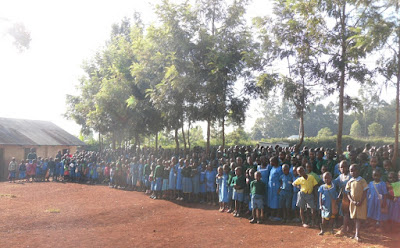 That is the official position. The reality is much different.
There are many costs involved with providing the children with an education. The students must have their school uniforms of course, and shoes, but they also must buy their own textbooks, paper, pens, and any other costs associated with their education.

They must pay an electricity fee for the electricity they use while they are in school, and a water fee. There is a fee for the maintenance of the buildings and property, and if it is determined that a new building must be built, this is also reflected in the fees for the children.
There is even an administration fee, which I cannot understand. If there is not supposed to be a tuition, what other heading would this fall under?

Earlier in 2018, many of our children were attending a local school, which was close at hand to the orphanage. However, the government closed down that school because it was not meeting the national standards. 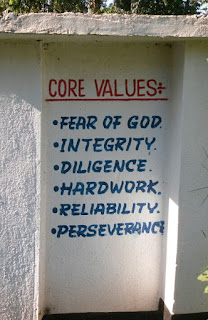 Perhaps they were correct in doing this, but the result has been that we have needed to send the children that were attending there to go to schools further away, and unfortunately, more expensive. There are four schools where the children attend, all of them quite a long walk from the orphanage.

Most of the primary students, for instance, walk at least a half hour in the morning to attend classes, the same distance to return to the orphanage for lunch, then again to return again to school for the afternoon, and lastly, home in the evening.

As I said in the previous post, it is no wonder that it always seems to be a Kenyan who wins the New York Marathon. 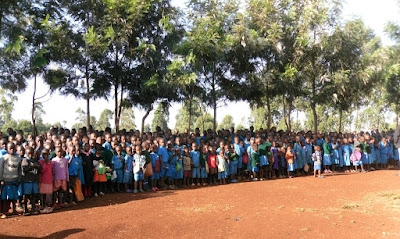 Why don’t they carry their lunch? I asked this question, and frankly, I do not think that they have considered seriously this option. Certainly there are some difficulties in this and it would mean more work on the part of the workers at the orphanage. Also, there is a question whether or not the school would allow it. But it is an option that is worth exploring further.

I also wondered the reasons why the children attend so many different schools, four it total. Schools in the area are numerous and I must say, even after asking many questions, I am still a bit confused by the working of the entire school system.

Since the school district in which the orphanage is located is so large, and the orphanage so far from the center, it makes it impossible for the children to attend the district school. It matters little, for there would be no savings in cost, and may in fact, cost more. Thus, at least here in this area, the children attend a school that the parents, or in our case the orphanage, choose and can afford.

But it actually is not as simple as that. For instance, some of the orphans already had been registered at one school when the orphanage took them in, so they are required to continue attending there until they have permission to move to a different school. The permission is not easily obtained.

Also, there is a connection with the aptitude of the student. In some of the primary schools, there is a special emphasis on one particular type of education: music and athletics, for instance. All the other basics of science and math and the rest are taught in all the schools.

The children are required to take tests throughout their education, and if these tests show that the student is particularly gifted in one field, then he or she must attend a school that specializes in that study. It is not a requirement, but it is strongly recommended.

Would it be less expensive and possible to begin a school at the orphanage?

This also was my own question when the aforementioned school close to the orphanage was forced to shut its doors, and the school costs suddenly increased for the orphanage. 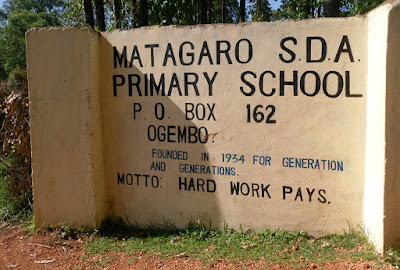 Apparently, it is possible to do this, and the leadership of the church is already looking upon this as a long-term possibility, but of course there are many more necessary matters that require more immediate attention—such as food and housing.

You can see why this entire work of the orphanage is in itself like a marathon. Why did the Lord give me this work in my old age instead of in my youth?

Good question and one I have asked him several times.
Are there any of you who has more years ahead of him who would like to come alongside and run with me for awhile?