Among some of the things I have found in some my old writings were a couple of driving lessons that I wrote about driving in Venezuela. When we lived there, my work involved driving to many parts of the country to work in training centers. I enjoyed that work and I enjoyed driving all over that beautiful country. 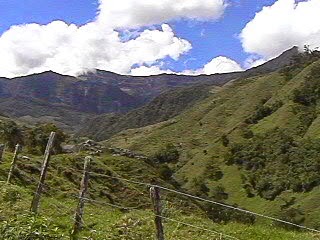 
Most cars in Venezuela have two turn signals in the back as do cars in most countries of the world, but I am not sure why.  In , the left turn signal is used often and for many purposes, but the right one is used very little.  After having driven thousands of kilometers over most of the country of Venezuela, it is the exception when I have seen the right signal used in the correct way; at least, what I would call the correct way – to signal a right-handed turn.


Almost all of the signaling on the roads of that country is done by the left turn signal, or by the left arm out of the window.  I have concluded that the most practical use for the right turn signal is so that there is as a place to store the spare bulb, reserved for when the one on the left side burns out.  And when that spare one burns out…well…use the arm.


Discerning the intentions of the car in front of you is a skill that can only be acquired with practice.  It is not so simple as knowing the correct use of the traffic code and assuming that so does the other driver.  Strict adherence to regulations, while efficient, is a little impersonal.  But a waving and signaling arm out the window – now there is personality.  Driving in requires more than knowing the traffic code.  It also requires knowing that few other drivers either know or bother to follow the traffic code.  You must learn to divine (that’s the word they use there) the intention of the other driver.


This is especially important when it comes to the use of the left turn indicator signal. It might be understandable how one could express personality in communication with movements of the left arm out of the window, but a little less clear how the left turn signal can express personality.  After all, in my driver’s education class we were taught that the left turn light only meant one thing – the driver’s intention to make a left turn.  That is fine when the signal light is used only for that purpose, but in Venezuela, the left light is used for one of several purposes.  It is up to you to divine what the driver in front of you is trying to tell you.


Much depends upon what type of vehicle you are 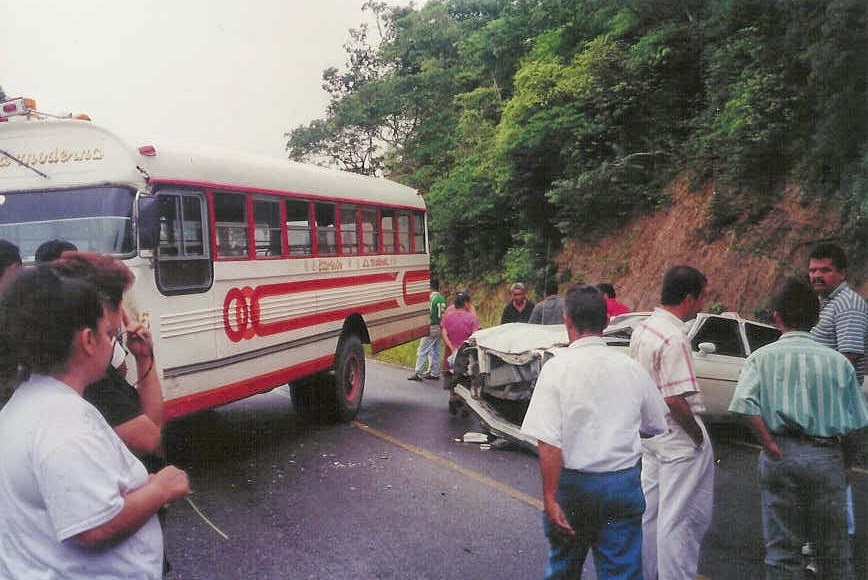 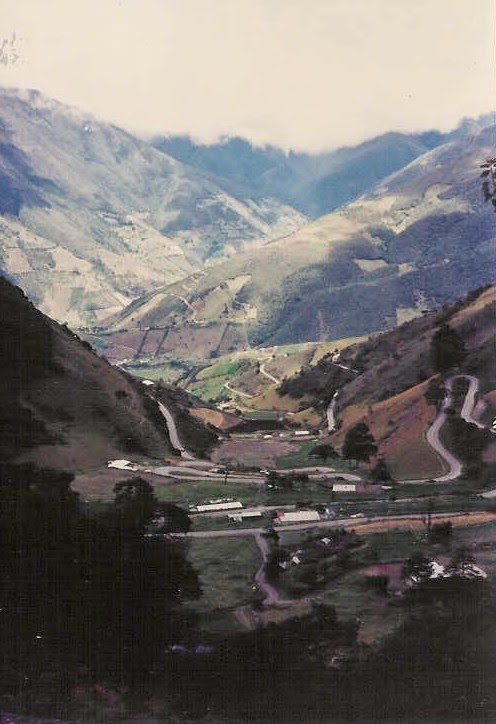 If you are following a truck however (they call them gondolas there), the light means a completely different thing.  Being stuck behind a slow moving 22 wheeler (these are the trucks that come out of Colombia) on a curvy mountain road can be very trying.  You look for any opportunity to pass, but with all the curves and five hundred-foot cliffs, it is often difficult to find a place where you can do this safely.  So you follow the big gondola, peering around corners to see if there is anything coming.  Then suddenly, the left turn signal of the gondola comes on.  What does it mean?  Is the truck going to make a left turn?


Probably what the truck driver is trying to tell you is that the lane ahead is clear and that you can pass.  He is sitting fifty feet ahead of you, can see around the corner and is trying to help you out.  But you can never be 100% sure, so you are left to divine what he is saying.  You are also trusting your decision to pass this truck (it might be a life or death decision) into the hands of a complete stranger. 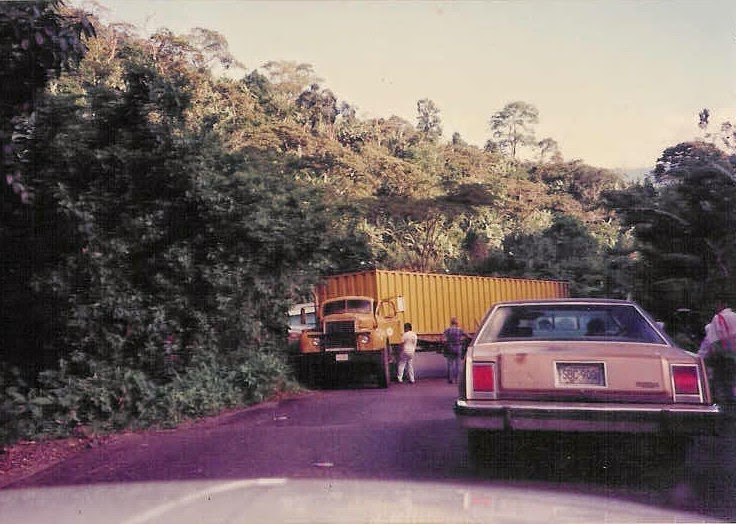 Sometimes, in passing a truck who has given me the “all’s clear” signal, I have looked up to see the driver in whom I have entrusted my life.  If I would have known beforehand how he looked, I would have never passed.  I think it would be good for all trucks to have a picture of the driver on the back so you can decide if he is trustworthy.


It can be a frightening thing when you see the left turn signal come on in front of you, because you have no idea what the driver is going to do.  He might mean that he is making a right-handed turn.  He might want to say that he is slowing down.  Or it might mean that he accidentally bumped the turn signal lever and doesn’t realize (or doesn’t care) that his signal is on. 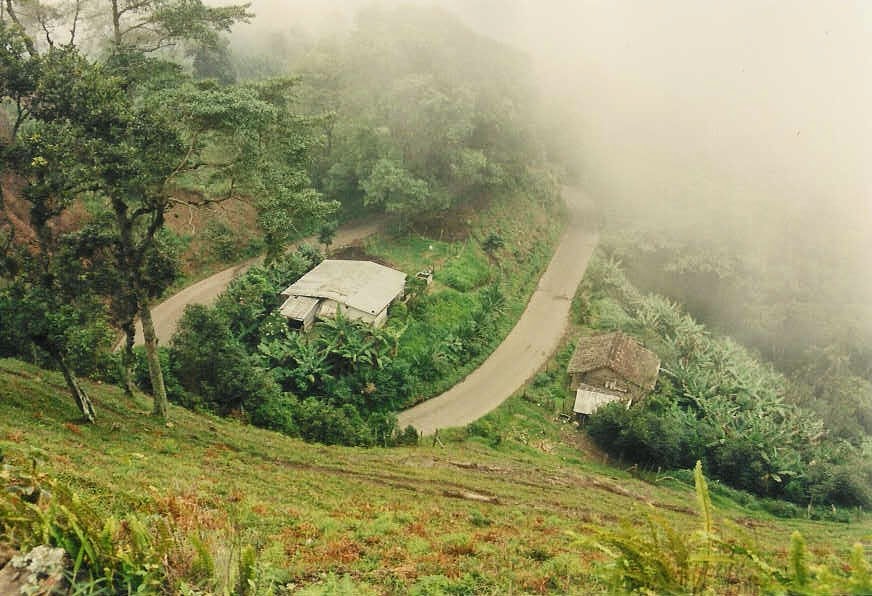 It is true that the left turn signal is sometimes used for making a left turn, but a left turn is not usually made in the conventional way.  We were taught in driver’s ed. that in making a left-handed turn, the driver puts on the left signal and stays in the left-most lane until it is safe to make the turn.  On busier intersections, there is an extra lane sometimes provided so traffic behind can continue by passing on the right.


Well… in Venezuela there is seldom an extra lane provided, but sometimes you might be able to carefully find room on the right to get around.  But depending upon the personality of the driver in front, left turns are made in one of a few different ways.


Sometimes it may be made in the conventional way, but just as often, the driver pulls as far to the right as he is able, and stops; all the time with his left signal blinking.  What is he intending to do?  Is he simply stopped?  Does he know that his left signal is on?


More than likely what he is trying to tell you is that he is allowing you to go past before he makes his left turn.  He is actually being courteous, but rarely can you be sure.  I have misinterpreted this before and as I pulled around to pass, have the driver ahead suddenly pull out and start his turn in front of me.


One might think that the left arm is a little easier to read.  A signal light simply blinks and nothing more, but an arm can wave and indicate in many different ways.  One might assume that this would simplify things, but that is a dangerous assumption.


There are some general arm movements that seem to usually mean the same thing.  A left arm straight out the driver’s window making downward movements with the palm down usually means he is slowing down.  Probably there is an accident or a broken down truck ahead.  The same signal is transmitted by other drivers back through the line of traffic and you are expected to do the same.


A left arm making waving movements from rear to front usually means that the driver in front of you is telling you to pass, for whatever reason.  Maybe he is tired of your tailgating.


Of course, there are also the arm movements that seem to be universal around the world. Sometimes these gestures are made with a single finger.  I will not describe the gestures, but the driver usually seems to be indicating that he believes that you have made an error in your driving judgment.


Oh ... maybe he would put it in a little stronger terms.


I was once following a car when the driver suddenly stuck his arm out the window and held it in a bent and upright position – the classic “right-turn” signal that we all learned since our bicycle riding days.  I had never seen anyone do that there before so was a bit stunned and at the same time interested as to what he might be saying.  Could it be that 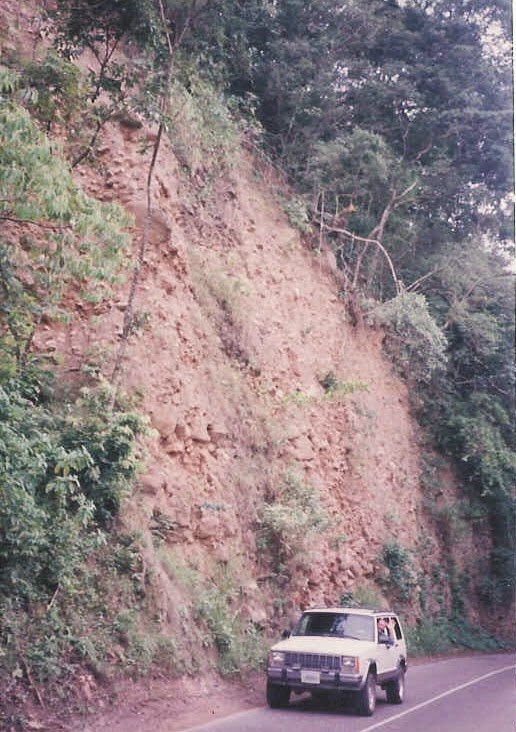 he was making a right turn?  It appeared so, because he pulled over far to the right side.  But no, it can not be so simple.  He suddenly swerved to the left and crossed the lane to turn left into a tavern.
In all fairness, maybe he did at first intend to turn right, but when he saw the bar, he changed his mind.


The good thing about driving in is that the driver seldom gets sleepy (nor any of the passengers).  Driving simply is too interesting.  It is a conversation that is constantly taking place between people individually enclosed in their own ton of steel.  In some manner, from within these metal encasements with their substantial limitations, you have to learn to make yourself understood and to understand the intentions of the other drivers.  Many times, there is little to go on, which is why “divining” the intentions of the others is probably better than saying “understanding”. 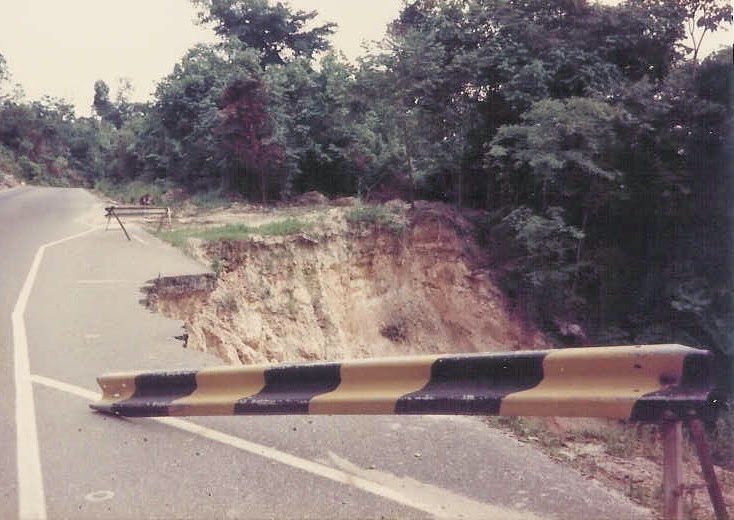 There are also reactionary skills one learns to develop by driving in Venezuela.  I have developed a very important coordinated skill, which involves the simultaneous movement of my right hand and right foot.  It is a skill that must be done by learned reaction so well that it becomes automatic, since there is seldom time to think about what you are doing.


In blowing my horn, my intention is not to be rude.  I simply want to stay alive!


I hope the other driver can divine that.
Posted by Donald Rhody at 2:09 PM