TRUE ENVIRONMENTALISM
In the Genesis account of the creation of man, there are four words that describe God’s intentions for man’s responsibility to his environment. The first two of these words are found in Genesis 1:28 where God tells the man and the woman “…Subdue the earth and rule [have dominion] over the fish of the sea and over the birds of the sky, and over every living thing that moves on the earth.”
The words here that have to do with man’s responsibility to the earth are to subdue it and to rule or have dominion over it. These are words can be construed as having a rather strong and even oppressive intention.

Subdue the Earth
The word subdue (kabash), for instance, is most used in Scripture as relating to the state of the nations who have lost in warfare. For instance, when the early Israelite nation was entering into Canaan, Joshua told them, “The hill country shall be yours…for you shall drive out the Canaanites, even though they have chariots of iron and though they are strong.”
Indeed, the result of this warfare was that the land was “subdued” before the Israelites (Joshua 17:18-18:1). In most cases in the Bible, this is the sense of this word subdue. (See also 2 Samuel 8:10-11)

Have Dominion over the Creatures of the Earth
The word for rule or dominion (radaw) is much the same, although perhaps a little less stern. As an example, when God was later giving the Law to the Israelites, and in the case of an Israelite who may have become so poor that he would have had to sell himself into slavery, God told the one who may buy him, “You shall not rule over him with severity, but are to revere your God” (Leviticus 25:43 NAS). This ruling was not to be with a heavy hand. 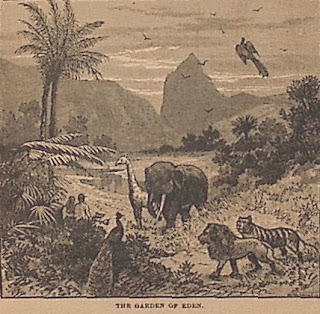 In the Psalms it is sung of Jesus, “In his days may the righteous flourish, and abundance of peace till the moon is no more. May he also rule from sea to sea, and from the River to the ends of the earth” (Psalm 72:7-8 NAS).
Here is dominion that brings peace to the earth.

These two words, subdue and rule, are the words used in the first chapter of Genesis to describe the relationship of man to all of the domain of the earth. At first blush, this may seem like it could be a rather strong-handed relationship.
But we need to read on.

Then the LORD God took the man and put him into the Garden of Eden to cultivate it and keep it. (Genesis 2:15 NAS)

Cultivate the Garden
The first of these words is cultivate. The Hebrew word here is ‘abad. The word in this particular verse is variously translated to dress the ground, or to till or work it. All of these terms are good words for this verse in Genesis, since the sense of the verse is that the man would be farming the ground.
However, of the more than three hundred times that this word ‘abad appears in the Old Testament, it is most usually translated as serve, or some form of that word. In fact, there is only eight or nine times when it is not. For this reason, I prefer the English word cultivate concerning the relationship that Adam was to have with the Garden on Eden.
Here is why I prefer this:
It is easy to see that our word cultivate is closely associated with the word agriculture. Indeed, they both come from the common Latin root colere (variation cultus.) This Latin word had two separate meanings which may seem unrelated to us, but which to the ancient Latin speaking people had a connection.
The first meaning has to do with the tilling of the ground and with agriculture as we know it. The second meaning for the word is to worship. As we see in the Genesis account, the tilling of the ground was one of the original occupations of man. This is why I have said in other places (perhaps with some bias), that farming is the most honorable of occupations. This is also why this word till also a good translation in the above verse.
However, there is another aspect to this, and it has to do with the inflection of serving, which is how this same word of Genesis is used in other parts of the Scripture.
The Spanish language has been derived more directly from Latin than has English. When I was first learning Spanish, I was a little surprised to learn that the worship service in the churches was called the culto. In North America, I was accustomed to hearing the word cult only in relationship to a religious organization or church that has deviated from the truth of the Gospel in some way.
However, like the words agriculture and cultivate, this Spanish word culto is also derived from the same Latin word colere, which has the alternative meaning of to worship. This is why Spanish speaking people call their worship service the culto (pronounced cool’tō, or something similar to that).
When God gave Adam the task of tilling the ground, it was more than an occupation. Adam was, in some ways, to serve the ground. It was the way in which the Lord intended man to worship God, by serving the creation which God had made.
In God’s original intent, we see true environmentalism. It is true that the earth was made for the good of the man and the woman and that they were free to utilize its resources. God told them to “Rule over the fish of the sea and over the birds of the sky, and over every living thing that moves on the earth…Behold, I have given you every plant yielding seed that is on the surface of all the earth, and every tree which has fruit yielding seed; it shall be food for you” (Genesis 1:28-29 NAS).
However, the attitude in this dominion was not to be exploitation, but service. It is by taking care of our environment that we show worship to God.

Keep the Garden
The other word in this verse in Genesis 2 that has to do with man’s relationship with the garden is the word keep; Adam was also to keep the garden. This is not used in the sense that we would normally say that someone has a well-kept garden. This word is shamar, which means to hedge around (as with thorns), or to protect or guard. 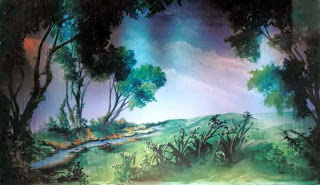 We might ask; what threat was present at that time against which Adam had to protect the garden? The Garden of Eden, we have always thought, was a perfect environment. And so it was. There was no evil that was present there. However, there was evil lurking around the edges. It would eventually come to the garden. It did eventually come, we are told, using the form of a serpent.
We do not know specifically when God created the angels and the heavenly host. However, at the end of the sixth day, God looked at all that he had made and saw that it was “very good” (Genesis 1:31). Thus, it seems that up to this point, Satan had not yet led the great demonic rebellion against God.
But soon-to-come rebellion was not a surprise to God. He knew that sin would become a threat to the garden environment. Thus God told Adam that one of his tasks was to protect and to guard the garden from the introduction of 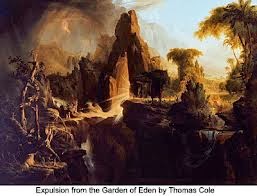 evil. As we know now, this was a task at which Adam later failed. Satan did enter the garden and deceive the woman Eve into sin, after which Adam also sinned.

When we consider all of these four words in relation to man’s role in the earth, we can understand that when Adam sinned, it was not only the human race that was affected, but also all that was under his domain. This included all things on earth and even the earth itself. God’s original intent for man was that he should subdue the earth and to rule over it. Man was to cultivate and to keep it. This was to be his service to the Lord.
That is why the Apostle Paul writes of creation of being “subjected to futility, not of its own will, but because of Him who subjected it” (Romans 8:20 NAS).
But neither is this the end of the story. Again we need to read on:

“Creation itself also will be set free from its slavery to corruption into the freedom of the glory of the children of God” (Romans 8:21 NAS).

In the end, we will see God’s original intent and assessment of his creation. We will look on it all and see that it is “very good.”