THE TREE OF KNOWLEDGE AND THE EXISTENCE OF EVIL


In our men’s Bible study this week we asked the question, “Where did evil come from and why did God allow it into His creation?” In order to get a handle on this thought, we examined the presence of the Tree of the Knowledge of Good and Evil that was found in the garden of Eden. The following writing is actually an excerpt from my book, Reaching for Eternal Truths. This specific passage of the book deals with the questions we were considering and is taken from the following Bible verse:

And the LORD God planted a garden toward the east, in Eden; and there He placed the man whom He had formed. And out of the ground the LORD God caused to grow every tree that is pleasing to the sight and good for food; the tree of life also in the midst of the garden, and the tree of the knowledge of good and evil.
Genesis 2:8-9, NAS, emphasized text added

(Book excerpt, Reaching for Eternal Truths)
It is this second tree, the Tree of the Knowledge of Good and Evil that is troubling to me. Of this tree, God told Adam, “from the tree of knowledge of good and evil you shall not eat, for in the day that you eat of it, you shall surely die” (Genesis 2:17, NAS). 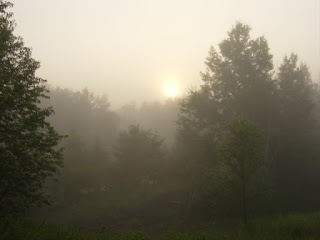 Why was this tree placed in the Garden at all? Certainly, God must have known that Adam and Eve would fail in this test. Would it not have been better to have no such tree—no such test that we could not pass? I say “we,” for in Adam and Eve, who were the progenitors of the human race, there is a sense in which they represent all of us in the Garden of Eden.
There is also another thought that has been somewhat troubling to me about the Tree of Knowledge. It is this: why is it that the knowledge of good and evil should represent death? Surely, the act of gaining knowledge should not mean death, should it?

Although we are now, in this age, born with the inclination to do evil, it was not initially this way. God saw that all he created was good. In the very beginning, there was not the inclination to do evil. However, the possibility of evil did exist. What was this possibility of evil? Put simply, the possibility of evil was the knowledge that one could choose to reject good.
Adam and Eve at first existed in a perfect environment. They had ideal living conditions and fulfilling work. All that they had came from the hand of God. They knew it. God had provided everything and Adam and Eve were completely dependent upon Him. But the Tree of Knowledge of Good and Evil offered them something different. It offered them independence. Having the knowledge, they could then choose to follow God’s plan or not. They could become masters of their own destiny.
Certainly, God knew that given the opportunity, his created man would eventually choose to be independent from Him. It was this enticement of independence that Satan used to beguile Adam and Eve.
“For God knows that in the day you eat from it your eyes will be opened, and you will be like God, knowing good and evil,” he told them (Genesis 3:5 NAS).
It was the rebellious thought. It was Adam and Eve’s desire to be their own masters. This was the same primordial evil thought that entered the mind of Satan. Satan had said of himself, “I will ascend above the heights of the clouds; I will make myself like the Most High” (Isaiah 14:14 NAS).

The Redemptive Power of Love
Why did God allow such a possibility of evil to arise? Why did he place the tree of knowledge in the Garden of Eden? The answer to this question, I think, has much to do with something that Jesus said to his disciples:
“No longer do I call you slaves,” Jesus said, “for the slave does not know what his master is doing; but I have called you friends, for all things that I have heard from My Father I have made known to you” (John 15:15, NAS).
When seeking the answer to why the Tree of Knowledge was placed in the Garden, it is good to begin the search with the realization that the reason that the tree was there must lie, to a very great extent, as a concession to the free will of man. We all know that it is possible to have the power to force someone to obey, but we do not and cannot have the power to force someone to love. There is something about the very essence of love that is tied up in the will, and without the individual’s act of the will, there can never be love.
God, in his creation of man, did not desire to create us to live according to his plan whether we wanted to or not. Rather, God seeks a people who desire to love him of their free will.
But it is also the second part of what Jesus said to his disciples that is of interest to me: “all things that I have heard from My Father I have made known to you.” Here also is knowledge. However, this knowledge is unlike that which came to Adam and Eve in the garden. The knowledge to which Jesus is here referring is knowledge from the Father and is knowledge without corruption. I will not play the “what if” game and try to determine what would have happened if Adam and Eve had not sinned. Nevertheless, these words of Jesus to his disciples lead me to believe that it has always been the intent of God to reveal his full knowledge to us—not to become like gods, as Satan desired and with which he tempted man, but more as children growing in the understanding of their father.
It is a recurring theme with the Apostle Paul. The passages that have to do with this topic are many, but I will cite only one or two:
“Therefore you are no longer a slave, but a son; and if a son, then an heir through God” (Galatians 4:7 NAS). Here is the image of God teaching us as a father would his son—knowledge without corruption.
A second passage is what Paul wrote concerning the churches in the cities of Colossae and Laodicea, that they would attain to “all the wealth that comes from the full assurance of understanding, resulting in a true knowledge of God’s mystery, that is, Christ Himself, in whom are hidden all the treasures of wisdom and knowledge” (Colossians 2:2-3 NAS).
Perhaps one more: Paul also told Timothy that God “desires all men to be saved and come to the knowledge of the truth” (1 Timothy 2:4 NAS).

A Wrong Turn that is Made Right

Paul’s basic teaching on this subject is that our quest to become like gods went wrong, and we instead have enslaved ourselves to sin. We sought freedom, but because we did so rebelliously, we found only slavery.
Beguiled by Satan, we decided to do away with innocence, thinking that it would lead us into knowledge. Indeed, it is true that innocence is not a part of knowledge, but we know from practical experience the dangers of “a little knowledge.” Any knowledge that has the capacity to be helpful can only come from maturity and experience. It is for this reason, we as parents do not teach our children about all the evils of the world as soon as they can talk. We allow them a time of innocence and first try to form in them values that will help them make wise choices when they begin to experience and learn knowledge in new areas. And when we teach them—we do it gradually. It is a process and it is growth.
Fortunately, for all of mankind, God has provided a path to restore our lost relationship to Him. We have learned that through Jesus Christ we can once again have a new manner of life. The Apostle Paul explains it this way: “For you were formerly darkness,” he says, “but now you are light in the Lord; walk as children of light” (Ephesians 5:8, NAS).
With our redemption came forgiveness of the penalties that came with the rebellion. We have been freed from our position of slavery. We have been, so to speak, renewed in our relationship with God. We cannot say that it is exactly the same state of relationship as it was in the Garden of Eden, because innocence, once it is lost, can never be regained. However, with our redemption, we can begin again at the point where our Father is leading us into understanding. It is not as in the Garden after the rebellion when man was seeking understanding apart from the will of God.
It has never been God’s intention to keep us in the dark. Rather, like a loving father, he gives us what we can bear and understand. Jesus said to his disciples shortly before he was crucified, “For a little while longer the light is among you. Walk while you have the light, that darkness may not overtake you; he who walks in the darkness does not know where he goes. While you have the light, believe in the light, in order that you may become sons of light” (John 12:35-36, NAS).

Labels: origin of evil, origin of sin, Tree of Knowledge