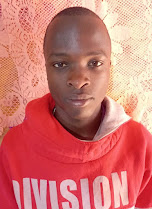 
The family of Brain died in a terrible situation when a 3-storey building collapsed at Menyinkwa. Brian’s father, mother and other 2 siblings met their cruel death there on the spot. Brian was called from school to witness the incident!!

The parents of Brian had stayed in Menyinkwa town for quite a long time without traveling to up country. This is the place where they gave birth to Brain. It was suspected that this family had sold the whole of their small plot and travelled to this town to begin a new life style and they could not return to their home since they had left nothing of their own.

Due to this, Brian’s life faced a lot of challenges and he decided to join the street of Menyinkwa. There in the street some politicians started to use street children to do violence and Brian could collect tires and use petrol to burn and destroy people’s properties in order to terrorize the supporters of the political opponent. He did this to get food from the politician.

One day we met Brain being a perpetrator of peace and we preached and ministered to his heart. He eventually surrendered his life to Jesus but he could not be comfortable to continue with the street life to avoid backsliding. By fact that he did not have a place to belong, we accepted him in the orphanage so that the gospel can continuously transform his life.

Brian was a criminal street boy but now he is a very polite and kind boy in the orphanage. He is happy for the reformation through the word of God and he is proud to be taken care of and he extends his appreciation to pastor Donald and Joel for the help he receives.

Brian is a good footballer and he has a passion to form his football team that will complete with other teams. He already has his football team within the orphanage He also likes preaching to Junior Sunday school and he has hope of becoming a minister of the gospel. Thanks  pastor Donald for helping us this far !! 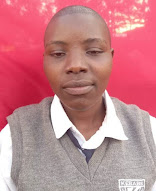 Happines was raised by a single mother known as Caroline Nyamusi. They lived in Kericho Estate where her mother was a day worker in tea plantation. She had a good relationship with her mother until when her mother committed a crime of stealing a neighbor’s cooking gas and Happines reported the issue to the gas owner. She led the gas owner to where her mother hid it.

It was her mother’s secret deal but Happines revealed the theft. She was the witness of the case against her mother to the end. According to Happines’ statement, her mother had become a thief for several years and Happines had often cautioned her to stop the vice but she despised her words.

Now Happines decided to disclose her mother to the public so that she can be a shamed and reform from that habit. Caroline the mother of Happines was found guilty and paid a fine of KSH 5000 /= during and after the case hearing.

Caroline rejected her own daughter Happines and sought to kill her by poison but close neighbors convinced her not to do any harm to her daughter. But it was in the year 2017 November when Caroline seriously and thoroughly beat Happines to almost half dead!!

She was reported to the Ibencho police station and she disappeared to avoid being arrested by the police officers. Caroline was nowhere to be found until when she was announced dead in the news and her body was buried in the cemetery since she did not have a home.

We found Happines almost deciding to go to the streets to beg food for her survival and we feared this girl might be raped since she was coming to age and we offered to adopt her into the orphanage. Happines is greatly thankful for shelter, food, clothing and education through the courtesy of Pastor Donald. She is happy to attend school that could have been a great challenge if she was in the street. She has forgotten how the way her mother rejected and mistreated her and even beat her. This girl always pray God to protect and guard the family of Pastor Donald and all well-wishers. She likes teaching the word of God and she has a passion to be a teacher of the word after school.

The log church USA has really stood with all our needs in the orphanage and we appreciate very much for the love and care. Blessings from God be upon you all.