Yvonne was raised by a single mother in Mabera town. Her mother was known as Isabella. She rejected her daughter Yvonne for no reason! She could hit her and drag her often without cause! Every day she could tell her daughter Yvonne to leave her house!!

But Yvonne had nothing to do and she endured the suffering and rejection. It was on a Wednesday the year 2007 November when Isabella hit her daughter Yvonne until the neighbors were angry and they also in return captured Isabella and beat her so hard. She was beaten by mob justice for what she had done to her daughter. The mob justice was angry because Isabella had beaten her daughter Yvonne until she became unconscious and blood was coming out of her nose!!

They ordered Isabella to vacate her rental house in their town because of that vice and look for somewhere else to stay with her daughter. They also cautioned her not to reject her daughter Yvonne and stop treating her daughter in this evil manner.

Three days late Isabella left Mabera town and went to stay at Riosiri shopping center with Yvonne. Immediately they arrived in their new rental house Riosiri, Isabella totally rejected her daughter and hated her more than before!!! She never wanted to see Yvonne anymore and could not allow her step even at the door of the house. Yvonne went to the chief’s camp and reported the issue and the area chief cautioned Isabella not to mistreat her daughter Yvonne.

She came down and listened the chief and allowed her daughter to sleep in that house but sad enough the following morning Isabella disappeared from that new house to unknown place leaving only Yvonne helpless and without even food. Yvonne struggled in this house for one month facing a lot of difficulties and challenges until when we met her in a miserable situation and adopted her into the orphanage.

Her family background is not known and her mother is still missing to date! Yvonne is excited to belong to the orphanage where she receives support from Pastor Donald and friends in America, and the daily care from Pastor Joel among other leaders, this girl is really testifying about the hand of God that has totally changed her life through Pastor Donald from USA. She likes dancing to the lord in church and she wants to be artist of gospel songs and dancing as part of serving God. God bless all who help for the wonderful job!!

Mirriam Nyamwanga, 17 year-old girl, internal refugee who came to the orphanage in 2019

Mirriam was raised by a single mother known as Joyce Kerubo. Unfortunately her mother died of blood cancer and was buried in the government land at Eskimu grounds. Her mother’s family stayed on government land there, and they called this their home for many years. Joyce‘s parents died back in the year 2002 and 2003 respectively. After that, only Joyce and her brother Tom Kebati remained. Her brother had his own family but they all stayed on this piece of land.

Years later Joyce, the mother of Mirriam, suffered of blood cancer and died in the year 2014. Mirriam was left in the caring hands of his Uncle Tom Kebati until the year 2018 when post-election violence struck in Eskimu and there arose tribal clashes. In those clashes, Tom was killed along with his wife!

Mirriam and the two children of the uncle escaped the death and crossed the border to Kisii for safety. The government got upset and all the tribes who were staying at Eskimu government land were evicted. The two children of Mirriam’s uncle went their way and left Mirriam desperate in the villages!!

We found Mirriam helpless in the year 2019 and we were concerned to give her shelter, food and clothing. Hence we took Mirriam from wondering in the villages and brought her to the orphanage. Mirriam is appreciating Pastor Donald and all the American friends for their generous and continuous support. Mirriam always says that God has been faithful to bring Pastor Donald in her life. She has seen the love of God and care.

Mirriam is ever praying for pastor Donald and Joel. Mirriam is one of the praise and worship soloist in church and she likes singing to the Lord and she also want to reach the unsaved through singing and save them to the kingdom of God. God bless pastor Donald and the Log Church.

LETTER FROM PASTOR JOEL AND LAST WEEK'S RECEIPTS BELOW:

We praise God when we remember you and all who are praying  and supporting the work of God in Kenya. May God bless you all, we are praying for the trip daily and your protection from any harm. Thanks for those who provided food it came in time. May God bless you all, keep praying for the trip and what it will take to happen. The help we received we were able to do the budget as shown below.

Thanks for your prayers. Praise God Dad and all donors we thank God for help you sent has cleared Ksh. 90,000 fees Balance we had because it was needed now we did not save for the school building. We look to God to supply for the work here in Kenya God to provide for the school.

The churches  are growing from one level to another. Welcome Kenya, we trust God will  send you to Kenya church. Kindly keep us in prayer God to give us wisdom to raise these children as the great army of God for the gospel. Thanks.

We request your prayers once again kindly mention us daily in prayer as we pray for you. We really covet your prayers. Be of good courage. We love you and may God keep you all in good health. God bless you all, we look forward hearing from you beloved. Thanks. 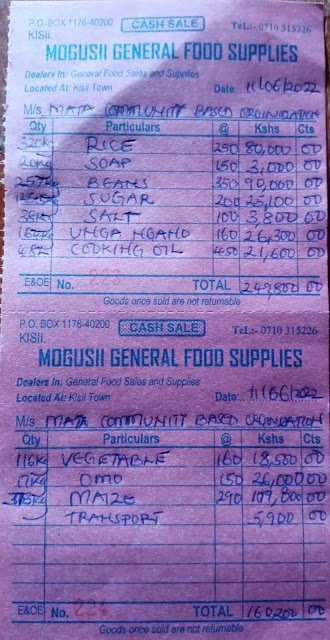 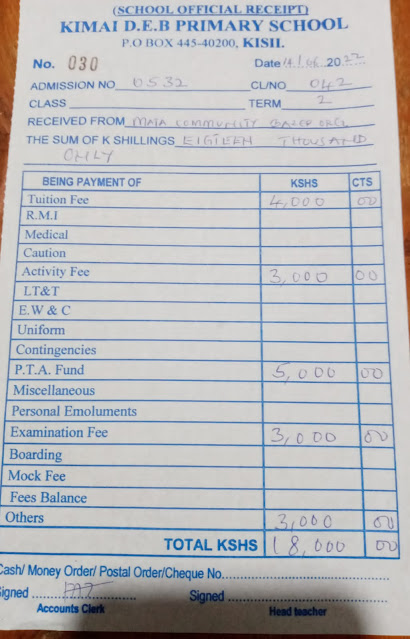 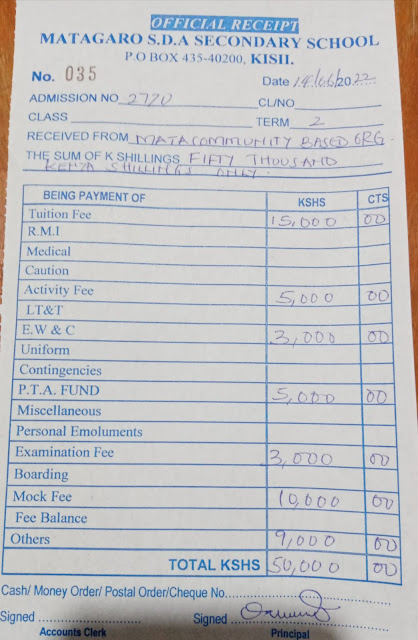 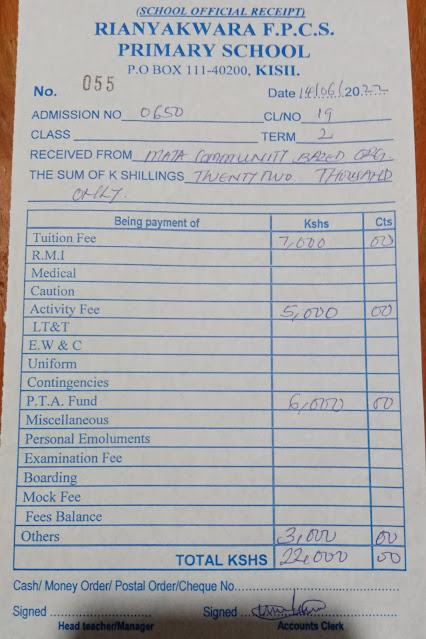