THANKS FOR YOUR PRAYERS

As I look back at old letters from Pastor Joel and what we were praying about doing in the orphanage three and four years ago, I am amazed to see all that God has accomplished in these few years. In the beginning, as much as I hesitated and even refused to first get involved with this work, I am now so thankful that God has blessed me to be able to be a part of what he has done and is doing in that corner of the world, in Kisii of Kenya. 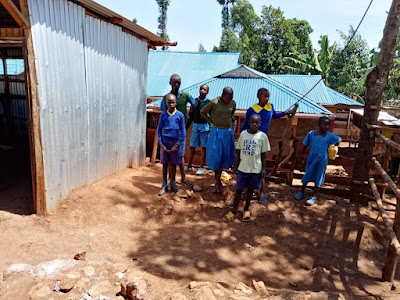 We have seen a dormitory building completed for these kids who previously had to sleep on
a dirt floor, a kitchen and dining/study area for them, a water collection system and a garden with rainwater irrigation, the purchase of 100 Bibles, and the cost of all the school fees for all the children—it is amazing for me to realize all of this. And all has been above and beyond the basic human need of feeding the children. 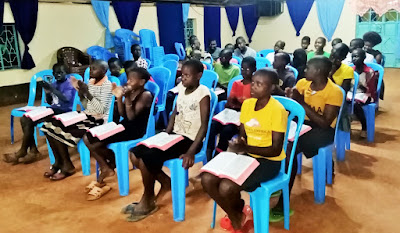 Some of you may remember that early in the year of 2020, Kenya and other East African countries were invaded by historically large swarms of locusts, ravaging their crops and almost every other green plant. 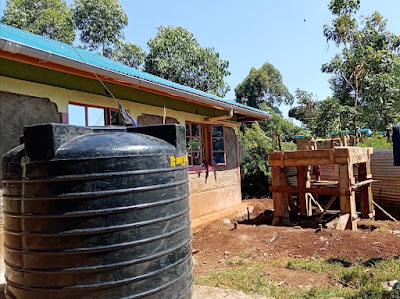 That was about the same time that the world was first being hit by another historical event—the spread of the corona virus. Depending on the persuasions of the various governments of the world, restrictions were put upon their citizens in an attempt to control the spread of the virus. In Kenya, one of these restrictions was a travel ban between the various counties of Kenya. This was not only a ban of people traveling, but all trucking of food 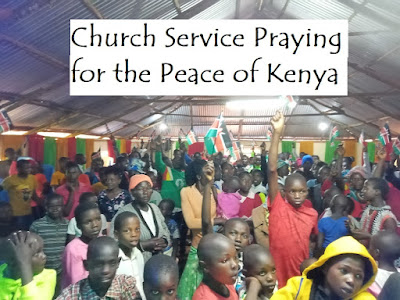 and other items as well. Kisii county was more or less isolated from the rest of Kenya, as were all counties in Kenya.

Thankfully, those restrictions were lifted some time ago, but now we are facing another situation—the war in Ukraine. Both Russia and Ukraine are large grain producers. Before this year, Russia was the world’s largest exporter of wheat, and Ukraine the fourth largest exporter. Much of Africa is heavily dependent upon imports from these two 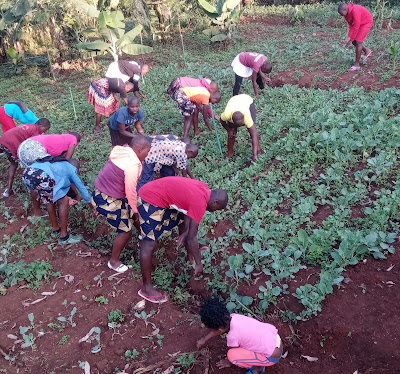 countries for their grain, Kenya among them. Unga ngano (wheat flour) is a staple in the Kenyan diet, as well as maize flour.

So far, we have not seen a great increase in the prices over what they had already been in Kenya, but planting season is upon us in Russia and in Ukraine. As you know, the two countries are involved with their tragic war. Not much thought is being put into planting the wheat fields, especially in Ukraine, where the people are simply defending their country and trying to survive.

Throughout the past, since we began the orphanage, we have seen how God intervened to overcome past difficulties, and we have no doubts that he will sustain the children in what is to come. Nevertheless, it is a prayer concern. Thanks for praying as we move forward.

Taking the five loaves and the two fish and looking up to heaven, Jesus spoke a blessing and broke them. Then He gave them to the disciples to set before the people.

They all ate and were satisfied, and the disciples picked up twelve basketfuls of broken pieces that were left over. (Luke 9:16-17)