One of the things that people have often asked me about in relation to our work at the orphanage in Kenya is if we are creating a relationship of dependency, where the Kenyans who are working with the orphans look only to us to supply the monetary needs, and do little or nothing themselves to contribute in this way. 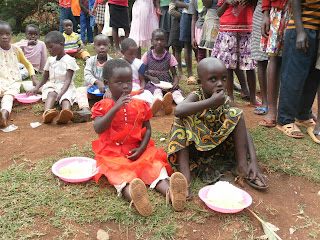 It is true that this is always a danger in working in poorer nations. Most of the people in poorer countries have the impression that all Americans have a lot of money, or if they do not themselves have it, they have ways of getting it.


I have often encountered this in my work overseas. It is a dangerous situation that can produce not only a dependency relationship, but one of co-dependency. It is not only that the people in those places will begin to need the American to fulfill their financial requirements, but also the American needs to feel needed. It is a gratifying thing to be in a position where you are needed.


But all of this is especially dangerous in the work of the church.


As an example, after I had been living in Venezuela for several years, I was in a meeting with other church leaders where we were discussing a looming financial crisis involving our work in the country.


One of the men in the meeting stood up and suggested, “Perhaps we can get The North to send us some money.”


By “The North,” he of course meant the United States and Canada.


Anyone who has worked overseas knows that this is very common—tell the richer countries of your need and hope that they will supply. It is the easy way, but it is not God's way.


By that time in my life in that country after living there for as long as I had, I actually felt more Venezuelan than I did American. Like my brothers and sisters in that meeting, I also felt the burden of the need at that time. Neither did I have a ready solution.

If I had been new in the country, I perhaps would not have responded as I did at the meeting, but after having lived there so long, when I spoke to the suggestion, I was not even speaking from the American perspective. I was simply speaking as a brother in Christ coming from the same perspective of everyone else present in the meeting.


“Hermanos,” I began, “Sometimes it seems to me that when we have a need, we look to The North first, and to the Lord second. Amados hermanos, it should not be this way.”


It is basically what I have told Pastor Joel and the people of Kisii. “The American is nothing, but the Lord is everything.”


But neither is it good for us Americans to have the idea if the people in these places would just work harder and show some initiative and ingenuity, they would be able to support themselves.


The individuals who have warned me about creating a relationship of dependency have never themselves lived in a third world country. They have perhaps vacationed at one of the beach resorts and even taken an excursion inland to see how the “real natives” live, but they know nothing of the hardships of existing where there are few options for improvement.


My suggestion is this: if you want to know the struggles of a people, go live with them in their village for at least an entire year. Get to know them as people like yourself. Live through their struggles with them. Ask yourself what your life would have been if you had been born there. A vacation in that country or even a short-term mission trip will not teach you this.

The more basic truth is that none of us are independent. We are all equally dependent upon the grace of God. If we look at the blessings given to us by God as something that we have because we have worked hard and have “pulled ourselves up by our own bootstraps,” we have missed the point in our lives with Christ.

At least we have begun with bootstraps. This is grace. Some do not even have boots.

My own view is since I have received this grace from God, I should be willing to share it with others who have not.

In doing this, I have found not loss, but great gain. They have received the grace of God in other ways than we have here in the US, and this they have shared with me. Through the process, we all are growing in the grace of God.


I know that many of you also think the same as I do, and I thank you for helping out.


Thanks to those of you who have sent gifts this week. Because you were willing to share what God has given you, the children now have food for another week.

We trust the Lord for the future.