I think that over the past few months, most of my posts on the orphanage has been concerning the construction of the dormitory for the children. This has been and continues to be a big push—to have it completed before the rains begin in March or April. We trust that God will supply what is needed to continue.


But of course, housing is not the primary necessity of life. The primary need is food, and it is actually this that requires most of the resources of the orphanage.

We sometimes have the idea that since most people in developing countries do not have much money, the food must cost much less in those places. Some foods actually do cost less, but this is by no means true with all items. 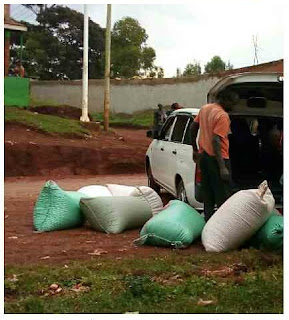 Below I am going to list approximate costs of foods that the orphanage buys. I frankly do not know if these prices would be more or less than what you would find in your local County Market, and it may be a little difficult to make the comparison. That is because the orphanage buys most of their items in bulk if they have enough money at the time, so that they can get a better price.


This seemed like a lot of rice to me, even to feed 50 people. It works out to about 500 grams of rice per day. But I have never been a big fan of rice, so I myself have never eaten very much of it. However, I had to look this up to see how much rice is normally eaten in rice consuming cultures. Here is what I found:

“In countries where rice is a staple part of the diet, the World Food Programme provides, on average about 400 grams of rice per person, per day (for families, including children and adults). That is intended for two meals that include other ingredients to ensure a minimum of 2,100 kilocalories per day.“ 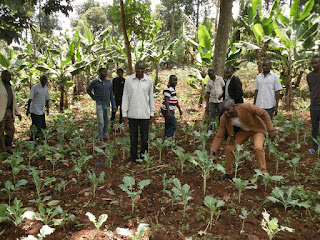 We walked down to where Pastor Joel has some land on which to grow food for his family and for the children of the orphanage. It is a quarter of an acre.
They have dedicated most of that ground to the growing of kale, which is a staple to the diet of the people here, a fact that should be much to the delight of all of you health foodies.


But lately, their kale as been suffering from drought. Joel 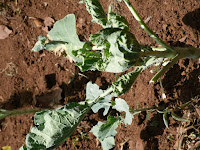 also showed me a plant that he said has a fungus which is affecting some of their plants. There is no reasonable way to irrigate (which you will understand when I write in a later post about the water situation), so they are completely dependent upon rainfall.


Kisii County is actually better off than many parts of Kenya, in that they normally receive at least some rain in every month. January is probably their driest month (which is why I chose this month to come), and even in the few days that I have been here, we have had a couple of little showers. They were not enough to do a lot of 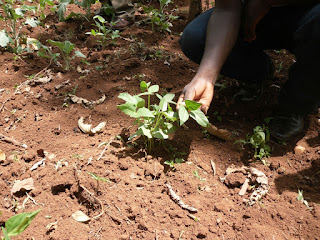 good for the kale, but it was something.


Nevertheless, as they harvest the kale, they are slowly replacing it with a plant which they call kunde. I think it is the black-eyed pea. They tell me that it is more drought resistant than kale.


Other than those two plants, they have some bananas planted, and a couple of avocado trees.


Nevertheless, any way that you cut it, it is difficult to imagine being able to grow enough food on a quarter acre for 50 people, but it is another area where someone who would like to dedicate part of their life to come to live and help these people, and who was familiar with new food production methods, could do much good.


Hydroponics? Again, a ready source of water may be an inhibiting factor, but probably not unsurmountable.

Another cost factor in having food to feed the children is the cooking of it. Here, there are two factors involved: a source of wood, and an efficient stove. 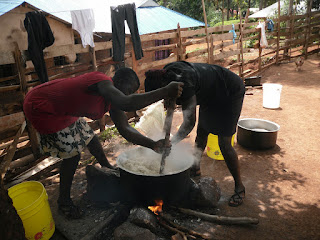 The stove they have is the traditional one: three rocks with a fire in the middle—a campfire.


A campfire may be fun when you are camping out in the woods, but it is not an efficient way to cook food. Most of the heat is radiated out to warm the people sitting around the campfire and telling ghost stories as the smoke dances ghostily around their head—or in this case, to the ladies almost exactly right on the equator and cooking in a small building. 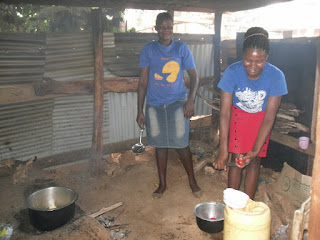 The ladies do not want the heat, nor do they want to breathe in all that smoke. They only want to cook the food.


Just as in agriculture methods, there are also stoves that are both inexpensive to build and very efficient. The "Lorena" stove is one of these. I understand that an even more recent modification on this is the “Rocket Lorena” stove.


Sounds high-tech, but the stove was developed in Latin America and derives its name from Spanish, a combination of the words lodo (mud) and arena (sand).


It is of rammed earth construction and about the only real cash outlay is for a pipe to be used as a chimney.


It is the design that is the high-tech part and which creates a very strong draft for the fire, hence the of addition of the word Rocket.

This is the effect that the flame as it shoots underneath the cooking pots. It is an efficient stove and would save a lot of money on fuel, and also the health of the women since they do not need to be inside a small building with a campfire in the middle. 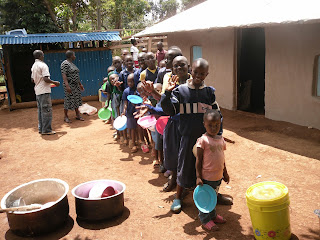 But these things will not happen with someone visiting them for one week out of the year. It would take someone who has an inclination toward appropriate technology village applications, and who is willing to dedicate at the least one year to living with the people.

Today we had a meeting with the women leaders of the church, who told of some of the things that they would like to do for the work of the Lord.

These women, who come from families where the chief bread-winner has a wage of perhaps $2/day, spoke of how they would like to lease a bit of land where they could grow vegetables both to help feed the orphans of the church, but also to sell in the market—vegetables and napier grass.  Their purpose for selling in the market was primarily so that they can meet other women in order to tell them about Jesus.

Despite all hardships, they want to serve God instead of themselves.