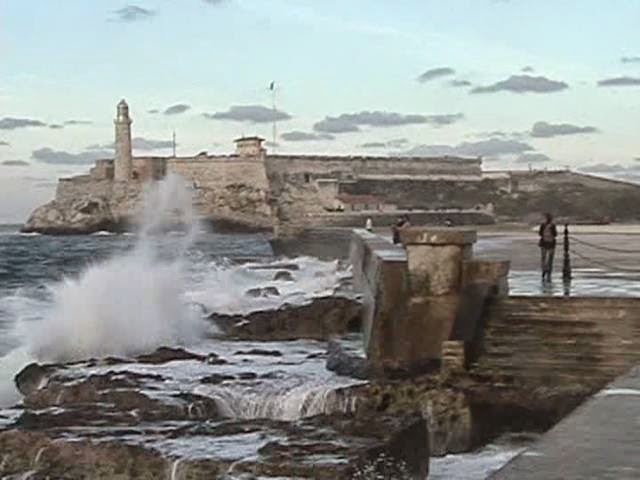 1:30 AM – We arrived in about an hour ago. We are now at the hotel, which right in the city center. The hotel looks to be a very nice one, luxurious even.


As we were coming through immigrations at the airport, the officials were stamping all of the passports except those from the U.S.A. These they were just inspecting and handing them back without applying any documentation in them. I do not know the reason for this, but it seems not to be a problem. 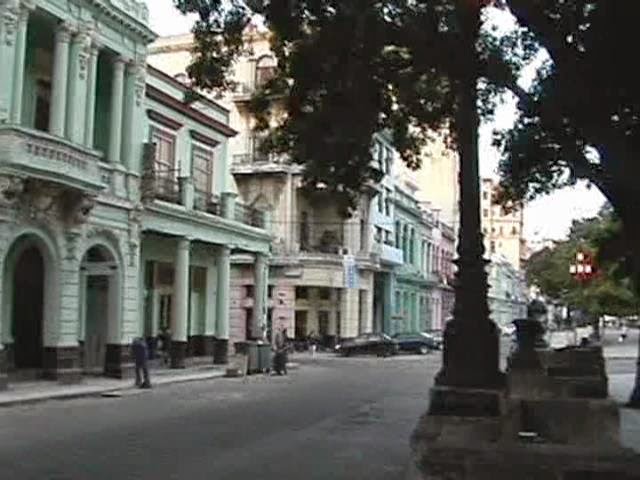 Ahead of me in the line were some of the kids from my group. One of them, when he got to the desk, requested an immigration stamp in his passport; I suppose as kind of a souvenir. It did not go well with the official. He gave the kid a stern look and then a little lecture. I could not hear what he said but I decided I would not ask for my passport to be stamped.


I am now able to lay myself down in a bed for sleep.  It has been 22½ hours since my alarm clock woke me up early yesterday morning. I guess that was not bad.


7:00 AM – I slept very soundly and feel great this morning. We have a couple of hours before we need to get on the bus to drive out to eastern Cuba.  I see no sign of anyone else of our group in the hotel, so I think I will take the opportunity to take a walk through the old part of . 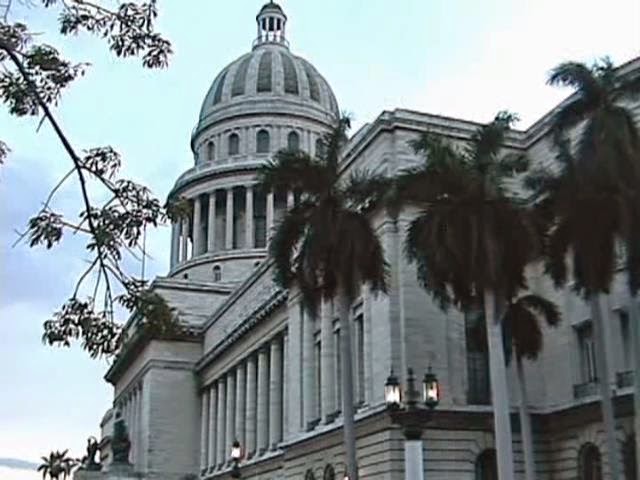 hotel.  We are on an avenue named “Prado.”  The old capitol building, which was built from the same blueprints as our own in Washington D.C. is just up the road. As I understand, it is no longer used for government offices, but had been turned into a museum. I think I will get a chance to go through it before we leave the island.


We are in an area that was once a favorite tourist 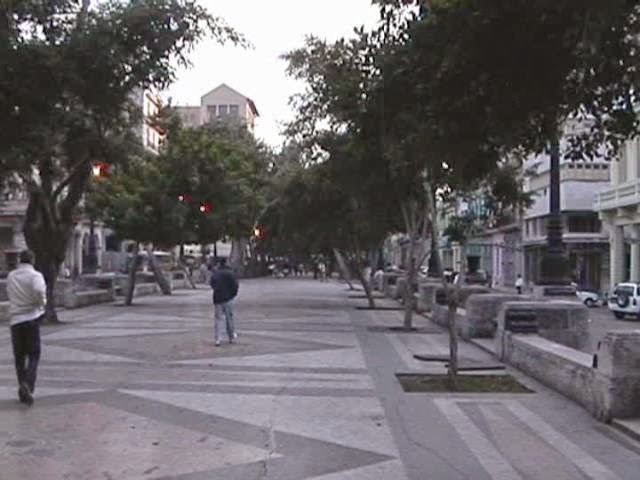 destination, and again is becoming so. The buildings are old, stately and classical in design.  The sidewalks are shaded with columns and arches that support wrought iron balconies, overlooking the street.  Along the middle of the avenue, with the traffic running on both sides, is a very wide (at least 25 feet) and tiled walkway that is shaded on 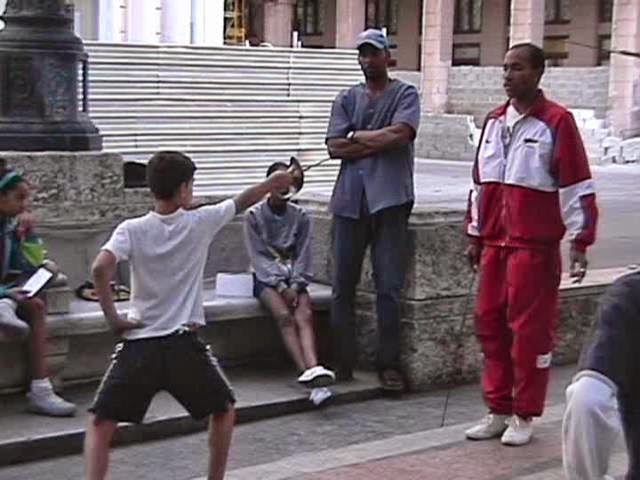 each side by a row of trees.  People sit reading and chatting on the benches – even at this hour. There is a man giving sword fencing instructions to a small group of young boys.

There are a couple of boys roller skating down the avenue. 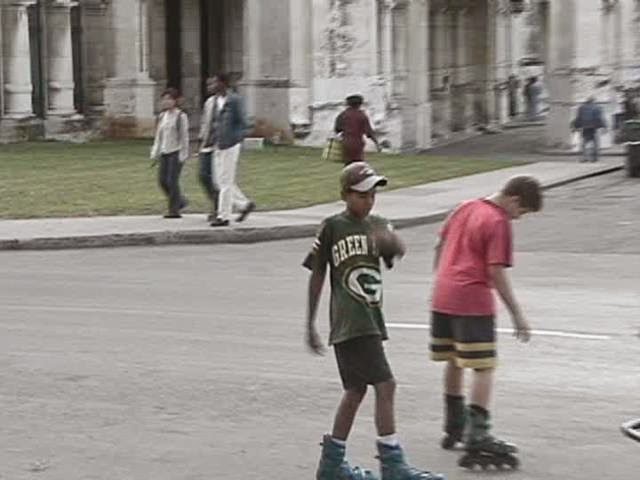 One of them is wearing a Green Bay Packer shirt! A cheese-head in Cuba!


Much of the city has fallen into disrepair.  Concrete crumbles from the columns and empty windows stare blankly out onto a street that they remember from long ago.


I thought of an old and once wealthy man I spoke with some time ago.  His wealth had been long gone and he was wearing a suit that I could see had once been a very fine one. Now however, it was patched and threadbare.  But although this man was living in poverty when I was talking with him, he still exhibited a certain dignified air and 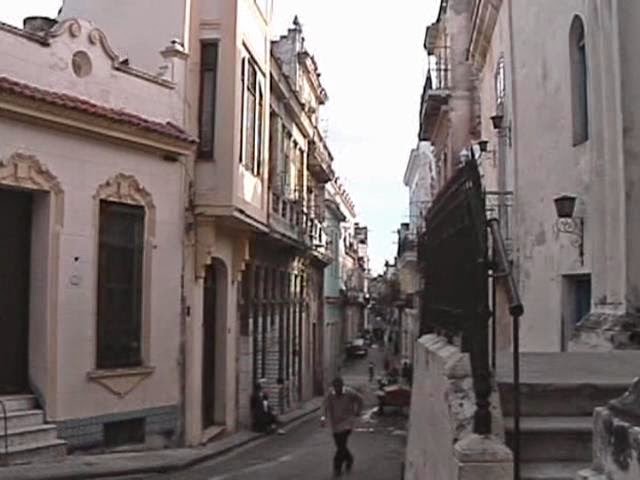 carried himself proudly. The city of Havana reminded me of this old gentleman. It seems to me that it was a once noble city that has become impoverished. However, I could still see dignity along the Avenida Prado.


Many buildings are now being restored, enriched again in some small way by tourism money.  As I said, the hotel where we stayed was very nice.  I am impressed also with how clean the streets are; not like many Latin American cities that I have been in where there is trash in the gutters and blowing everywhere.  Of course, one cannot help but notice all of the cars from mostly the 1950’s driving up and down the avenue.  The Cubans have kept them in 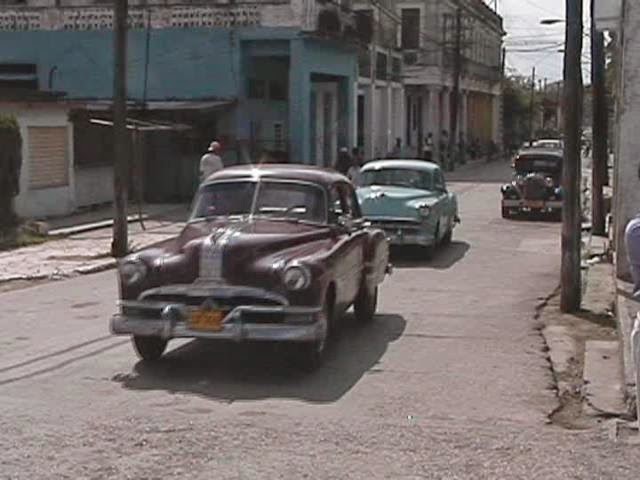 impeccable condition.  They are not able to easily obtain replacement parts, and have had to fabricate what they need. I talked with a taxi driver who also was his own mechanic. I asked him what they do when they need very specific parts, like piston rings. “We make them,” he said matter-of-factly. 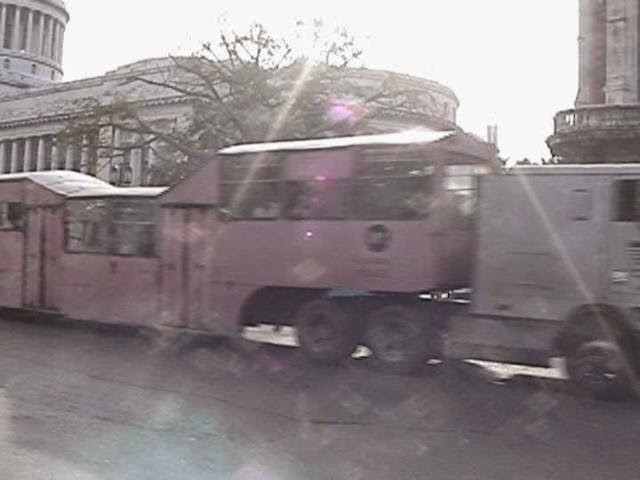 missionary couple who will also be in our travel group.  They are from Guadalajara, Mexico, but are presently studying at a seminary in Texas.  In the past couple of years this man and wife have made numerous trips into Cuba to work with the churches. They will be taking my partner and me to visit churches in several of the towns.  I later am to learn that this couple are from the same church in Guadalajara, Mexico with which Vivian and I worked for a summer almost 20 years ago.  We have in common some good friends in Guadalajara.