HOW TO LIGHT A FIREPLACE FIRE FOR NEW YEAR'S EVE

FOR A WINTER’S EVENING


Many years ago, a friend and I were hiking in the Himalayas of Kashmir, India.  We stopped one afternoon, to rent a small, timeworn cabin in a beautiful mountain valley.  In the cabin was a fireplace.  As we were settling ourselves in, the owner’s young son, probably about twelve years old, was laying up the fireplace with wood.


It was quite a large fireplace for such a small cottage, and the boy laid the wood with great care.  He placed each stick as if it had a special spot.  When he was done, there was a tangle of stacked wood inside the huge firebox, with a single, very dry stick about the size of a drinking straw protruding out of the front.  He told us that he would be back in the evening to light the fire for us.


When my friend and I returned to the cabin later that evening, the boy came in with us.  He took a match, lit it and held it to that stick coming out of the front.  As we watched, the flame traveled up the stick, caught some of the wood in the middle of the pile of wood, then, not too slowly but not too quickly, one by one ignited each piece of wood in the fireplace.


As it burned, the wood settled together, and without poking and adjusting with a fireplace poker, continued to burn slowly and steadily through much of the evening.  I have never before or since seen such a fine fire.  I have, many times since that time, tried to replicate the young Kashmiri’s fire, but have never been able to lay such a one as he.


The following instructions for lighting your New Year's fire are much more crude, but it is the best I can manage: 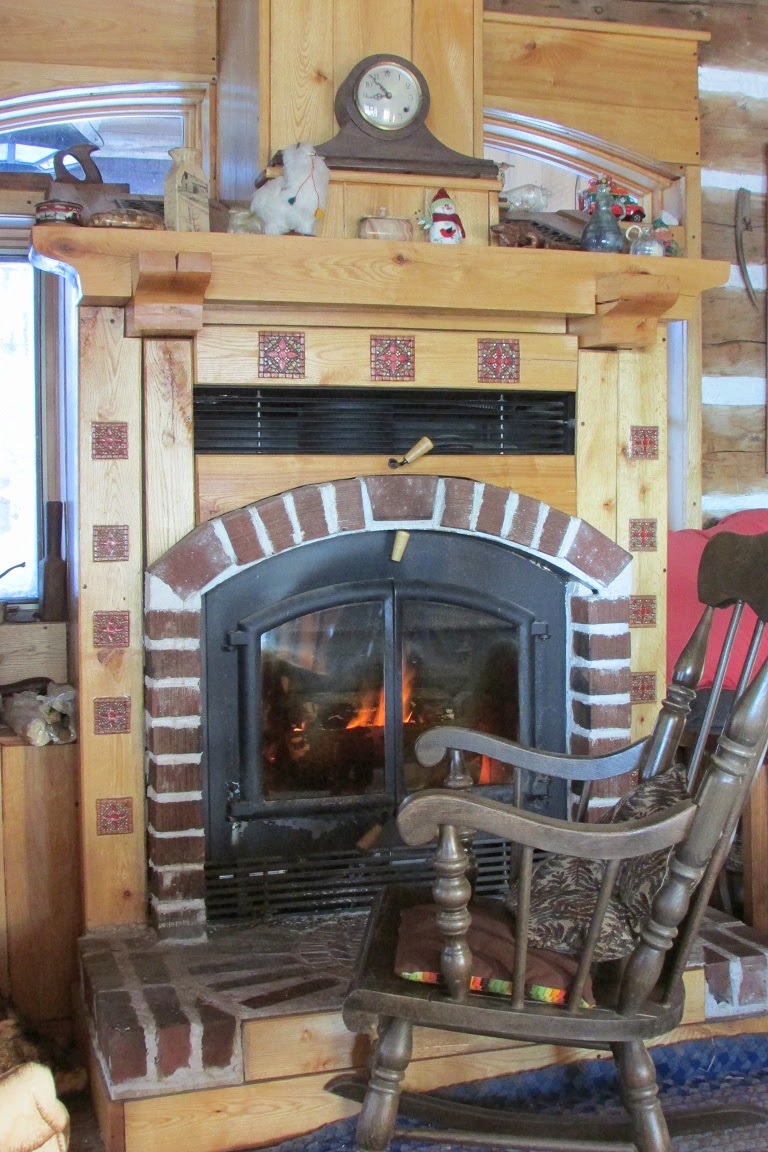 HOW TO LIGHT A FIRE IN YOUR FIREPLACE

It is best done on a cold winter’s eve
As the sun sinks low in the western trees.
Should you be so blessed with skies of snow,
Each flake will reflect the fire’s red glow.
But be equally blessed in a starry night.
Your hearth-fire will be yet one more star light.
First, choose a log, knotty and thick
To lay near the front and to keep all of the sticks
Piled in their place in the miscellaneous stack
That is laid between this and the chimney’s back.
In this stack put some paper, crumpled and dry,
And some small bits of kindling.  Then you should try
To place something larger on the kindling below.
These will catch fire when the flame starts to grow.
Open the damper, open the draft,
Watch the small flame and see how it laughs
As it soon burns the paper, and then starts to lick
With its fiery tongue along one of the sticks.
The small blaze soon gains ravenous power
As it looks for more of your wood to devour.
And now your hearth-fire is blazing free
With a warmth and a light that dances with glee.
There are very few things that give such delight
As a fire in the fireplace on a dark winter’s night.
It crackles and snaps and seems to suggest
Hot chocolate and popcorn to share with your guests.
So let the wind blow; let blizzards descend,
On your hearth is a fire to share with a friend.
Posted by Donald Rhody at 5:57 PM