A friend of mine stopped over the other day, explaining to me that he really had no reason for the visit, only that he had the “yellow dog.”
I instantly knew what he meant. He did not have to explain this phrase, although I am not sure how wide-spread the saying is. It may be only a north-woods expression and perhaps it is even unique to our own German Settlement area of the town of , ; something like the saying, to “chew the rag.”
The yellow dog is something that happens in the spring, 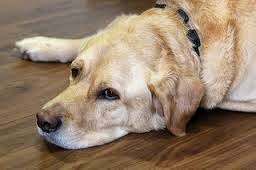 most notably on those fine, early spring days when the temperature climbs into the 50’s and the sun, which now is quite high above the southern horizon, is shining in a bright blue sky. When the yellow dog begins to appear, the remains of the winter snow is still showing where it had been pushed into snow banks all winter. Or, as it is here this spring after the great abundance of snow that we had during the winter, still shows between brown patches in the fields and is still quite deep in the woods.

The yellow dog comes after a long, harsh winter when any activity that involves being outside is only done with great effort and even struggle. Then suddenly, and without warning, the challenges of daily living seem to be gone. The tractor starts without coaxing and without a spray of starting fluid, cars can get in and out of the driveway without slipping into the ditch, and your wood-burning furnace, which devoured your firewood in a blazing inferno all winter, now only occasionally asks for a stick of wood.
The yellow dog shows up after the struggles of winter are over and before the spring work begins. The fields are too muddy to start any field work, and the soil far too cold to think of planting seeds in the garden.
When the yellow dog strikes you, it is often best to go and visit a friend, whom you may not have seen since Christmas. Of course, you run the risk of not catching him at home, since the yellow dog may have also gotten him.
But that’s ok. “I’ll catch him another time.”
Not finding your friend home, the next option might be to stop at the bridge where the river runs under the town road. You can check to see if the water still runs through the culverts ok, and in the right direction. You might want to throw a stick into the river on the upstream side and then cross the road to make sure it emerges safely on the other end.
As much as you might fight the urge, if you really do feel like actually accomplishing something when you have the yellow dog, you may want to consider making maple syrup. As a matter of fact, that is what I am doing right now as I write this.
For the uninitiated, maple syrup is made in the spring at the time when the new sap is rising from the roots and into the limbs of the trees. At that time of the year, the sap contains a sugar content of maybe three or four percent. To make syrup from this sap, you must bore a small hole into the trunk of the tree and allow the sap to drip into a bucket. When you have enough sap, you need to boil it down until is has a consistency of a light syrup. It usually takes about forty gallons of sap to make one gallon of syrup.
That is how you make maple syrup. However, if you are to do this while you have the yellow dog; there are several precautions that you must observe. First of all, you cannot do this cooking inside of a building. Having the yellow dog requires you to be outside, whether you are doing something meaningful or not. Cooking syrup when you have the yellow dog is best done in a pan over a fire, and out in the woods. At least that is how it affects me.
Secondly, you cannot tap more than fifty trees. Any more than this and it becomes too much like (and I say this softly so as not to startle anyone) “work.” This year I have forty-five trees tapped. If I am gong to err, it is going to be on the side of safety.
I think that there are some more precautions, but I can’t think of them right now.
One of the reasons that I think that the term yellow dog is strictly a regional colloquialism, is because it can only affect those from the northern climates. It can only come after one has gone through a cold and brutal winter.
If you live in the tropics (defined as anywhere the temperature never falls below 0 degrees Fahrenheit) – sorry; you can never catch the yellow dog. You may think that you are exhibiting some of these symptoms, but what you have is not the yellow dog. Here in the German Settlement, we also have a word for what you may be experiencing. It is less flattering than “yellow dog.”
As you can probably tell, I have the yellow dog right 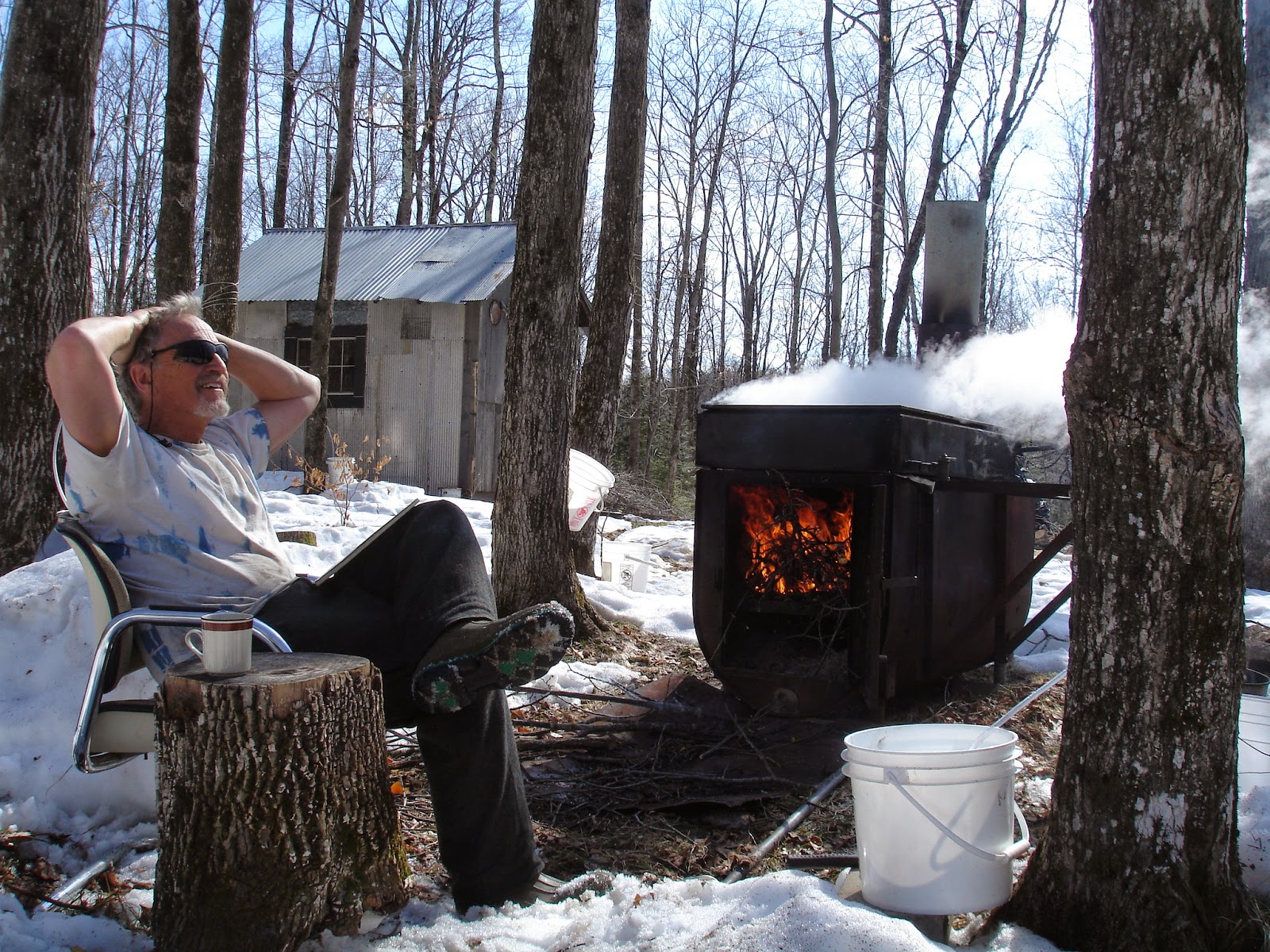 now. I am sitting out in the woods next to my syrup cooker, enjoying listening to the birds return to our trees, and watching the sap boil. I fear that I may have the yellow dog for a least a few days more, at least until Vivian finishes cleaning out the chicken coop back home.


I grew up hearing the term “yellow dog,” but I can’t say that I ever had anyone actually define it for me. I guess at least partially for that reason, neither am I going to define it for you. But another thing is that I am not really sure that I can define it. I think it is one of those things that when you have it, you know what it is. In that respect (and perhaps others as well), it’s kind of like falling in love.
Posted by Donald Rhody at 5:55 PM