I DIED ON THE CROSS NEXT TO JESUS

I don’t have a name that you would recognize, but it was a name many people in Jerusalem once knew. My name was one that they hated.

I was a robber, but not just a typical thief. My partner and I became notorious for the terror that we exacted on the people of Jerusalem and the surrounding areas. We prided ourselves for escaping capture for so long. I held great disdain for the law and for the people and I actually enjoyed terrorizing the people. It made me feel powerful and invincible.


However, in the end, my partner and I were caught. The courts tried, convicted and sentenced us. So hated were we that the sentence was the worst one that they could possibly give us. Not only was it execution, but it was execution by crucifixion, the most excruciating kind of death. 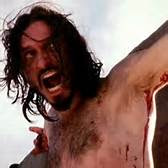 I almost did not care. I hated these people so much, I was almost glad to be taken away from them. My hatred for these people had grown so much that I also had come to hate my own life, and even life itself. I was glad to die! I loathed life!


But crucifixion is not a quick death. It sometimes takes days to die. It is a painful and prolonged sort of death. The executioners usually whip the condemned one first, both for the initial pain and also so that they would put deep wounds into his back so that it chafes against the rough wood of the cross. That is what they did to me. They were careful not to whip me excessively, because they wanted my misery to be extended to the crucifixion itself.


Oh, the executioners knew their business! They knew just how many lashes to give to me to maximize my suffering for the longest period of time possible.
(to continue reading, click the "READ MORE" link below)

READ MORE >
Posted by Donald Rhody at 1:56 PM No comments:


It is astonishing how a period of one week can completely change a person’s opinion about something. Changing situations can, of course, change opinions. However, it is also true that we are a capricious people. Many times the reasons for the changes that we make are ill defined, or not defined at all.

There is perhaps no greater example of this than what occurred almost 2000 years ago. It all began on the original Palm Sunday. The people of Judea were enthralled with the personality of Jesus. On that day, as he was coming from Jericho into Jerusalem,
he was followed by what Matthew calls “a great multitude.” People wanted to see Him. People wanted to be with Him. “Hosanna!” they shouted. “Salvation!” It was a triumphal entry.﻿﻿
﻿
It was scarcely one week later that Jesus was on trial before Pilate. Pilate saw the anger that the Pharisees had against Jesus, but Pilate himself could find no reason why Jesus should be put to death. In those days and in that place there was a custom in honor of the celebration of Passover. According to this custom, the governor would release for the people one prisoner of their choice.


Pilate was hoping that this custom would get him out of his predicament. He asked the people whom he should release for them. He had heard of the happenings of the week before when Jesus rode into Jerusalem amidst a great crowd of admirers. No doubt, Pilate had even witnessed part of the celebration. The multitudes were laying palm branches and even their own coats in front of Jesus to give him a carpeted path to the city.


Pilate thought he knew the depth of the popularity of Jesus with the Jewish people. Perhaps, he thought, the people would get him off the hook by requesting the release of Jesus. But Pilate was basing his hopes on the attitude of the crowd one week before. He did not take into account how the opinion of the multitude could change in a matter of only a few days....

READ MORE >
Posted by Donald Rhody at 7:36 AM No comments: