A MESSIAH FOR THE 21st CENTURY 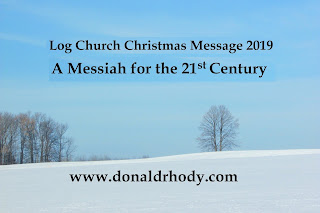 The first sentence in the book of Hebrews tells us that God has spoken to us at many times and in many ways.

Throughout history, God has spoken to us through his creation in all that he has made, and he has spoken to us through his own words. These words were given to us by his prophets, as well as given to us by the written word. To those people who are open to receive his words, God reveals himself in manners that are increasingly personal so that we can come to know him better.

Unfortunately, most people have not learned the lessons of seeing God’s message in the creation.