KISII REPORT - WHERE WE ARE NOW 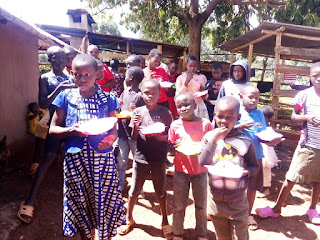 I think it has been almost a couple of weeks since I last wrote about things in Kisii. But here is how things stand at the present:
There have been days of hunger again for the children, but thankfully, the orphanage has once again been able to go to the market to buy some food. Thanks to each of you who have contributed for this, and thanks to God for not abandoning these kids to the world.


This time they were 5 days basically without food. The only thing that they eat in these times is a thin soup/porridge made of maize meal – one bowl per day. These are the hunger times. The orphanage runs out of food quite often, so they must learn to endure and trust God that soon there will be something to eat. 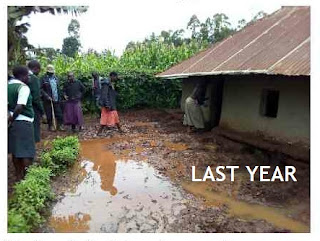 I am thankful now that the kids have been able to have a full meal of rice, beans and vegetables (it is seldom that they can afford meat). I am happy to report that their food stores have been now restocked for several days.﻿ 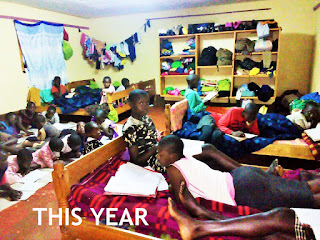 I am also very happy also to report that the health of the orphans during this rainy season is so much better than last year. Last year, if you may remember, was one of much sickness and malaria.


It was because the rains were very intense last year, and we had very poor facilities for the orphans. Most slept of the dirt floors of the huts, which were difficult to keep clean because of poor toilet facilities. It was our prayer that by the rainy season this year, we would have a better building for them. 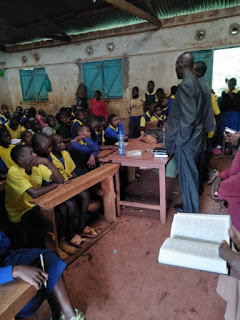 We are so thankful that we have been able to get this building constructed. It was a step-by-step process as the funding appeared, but this year there is much better health, much less malaria, and no breathing problems reported. The kids have better toilets, the floor is concrete, and all in all, the living conditions are easier to keep clean and sanitary. 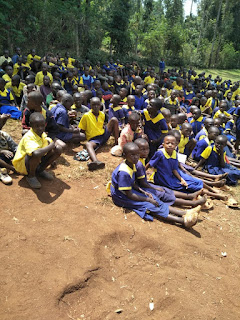 School is also back in session. It is another act of faith to enroll the orphans, since we do not yet have money to pay the fees. We are thankful to the schools to allow them to attend classes even before fees are paid, since it is very unusual for them to do this.

Send it to:The Log Church
PO Box 68
Tripoli, Wisconsin 54564
Every nickel given in this way will be used for only aid for the orphans. It will be used for purchasing food, clothing, schooling, and other necessities of living. Nothing is held back or diverted for any other purpose